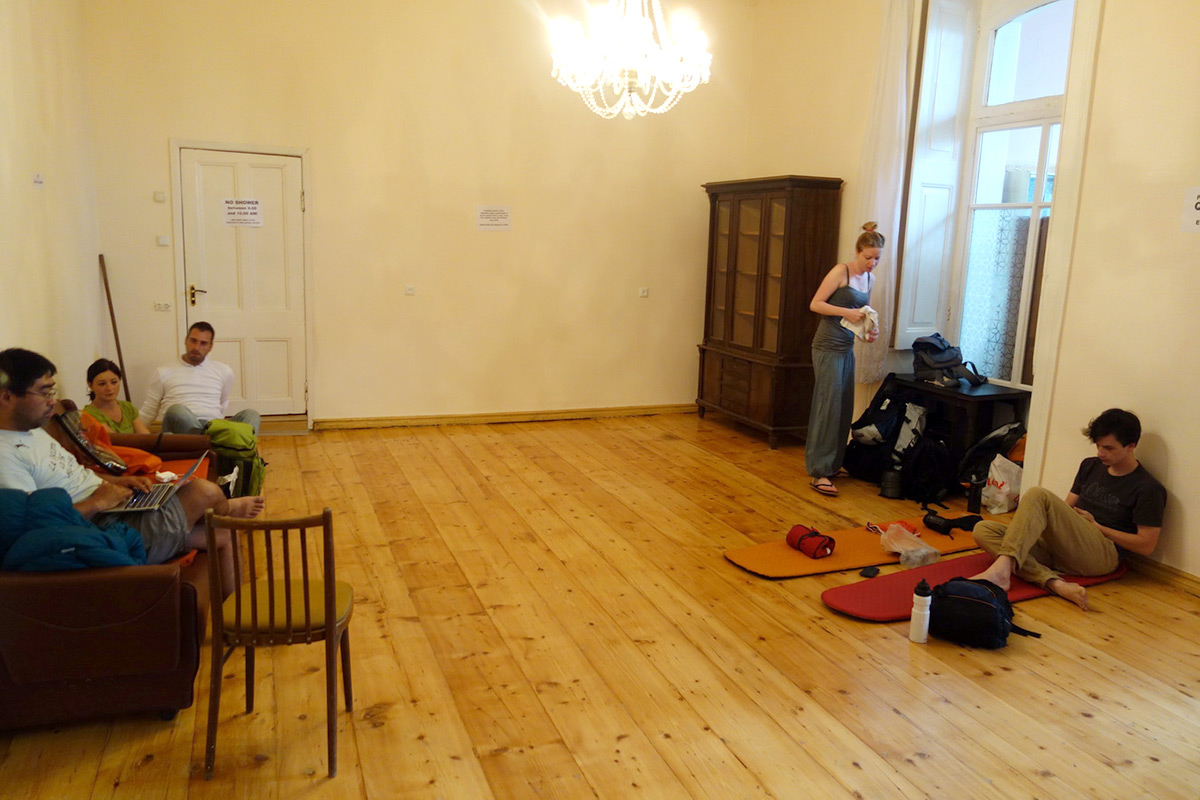 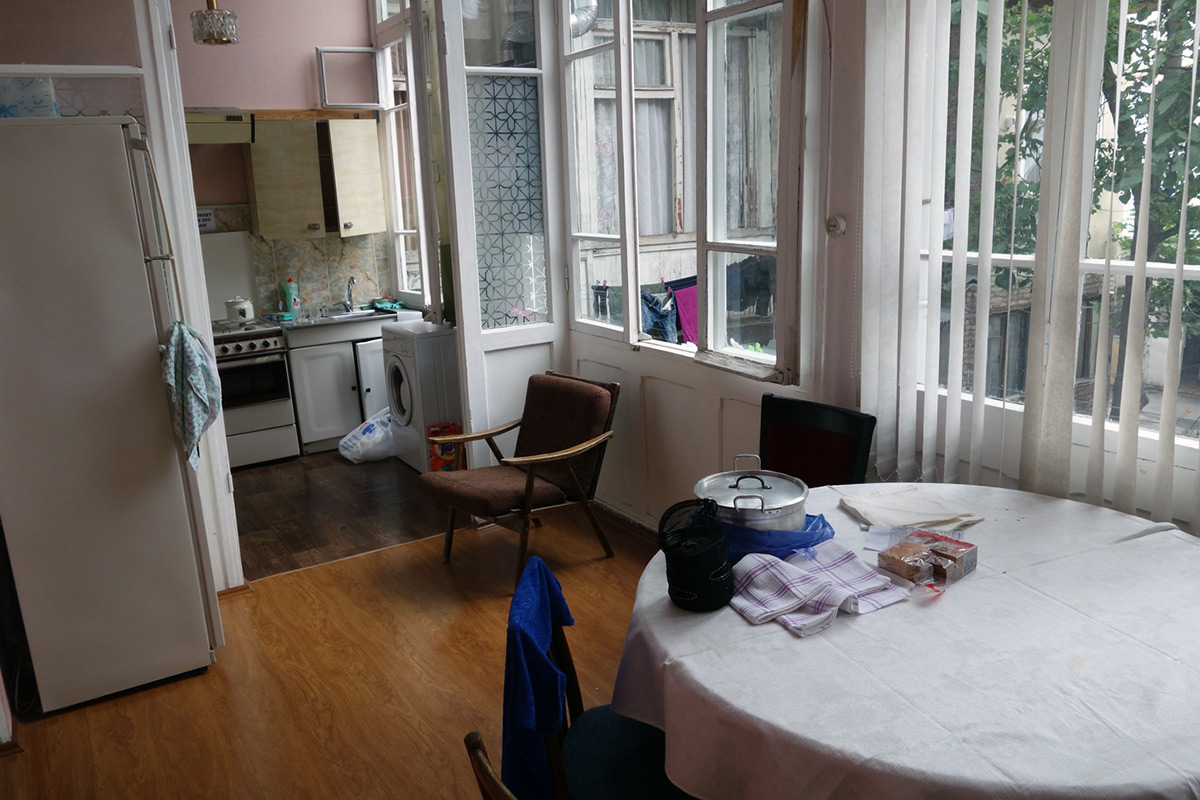 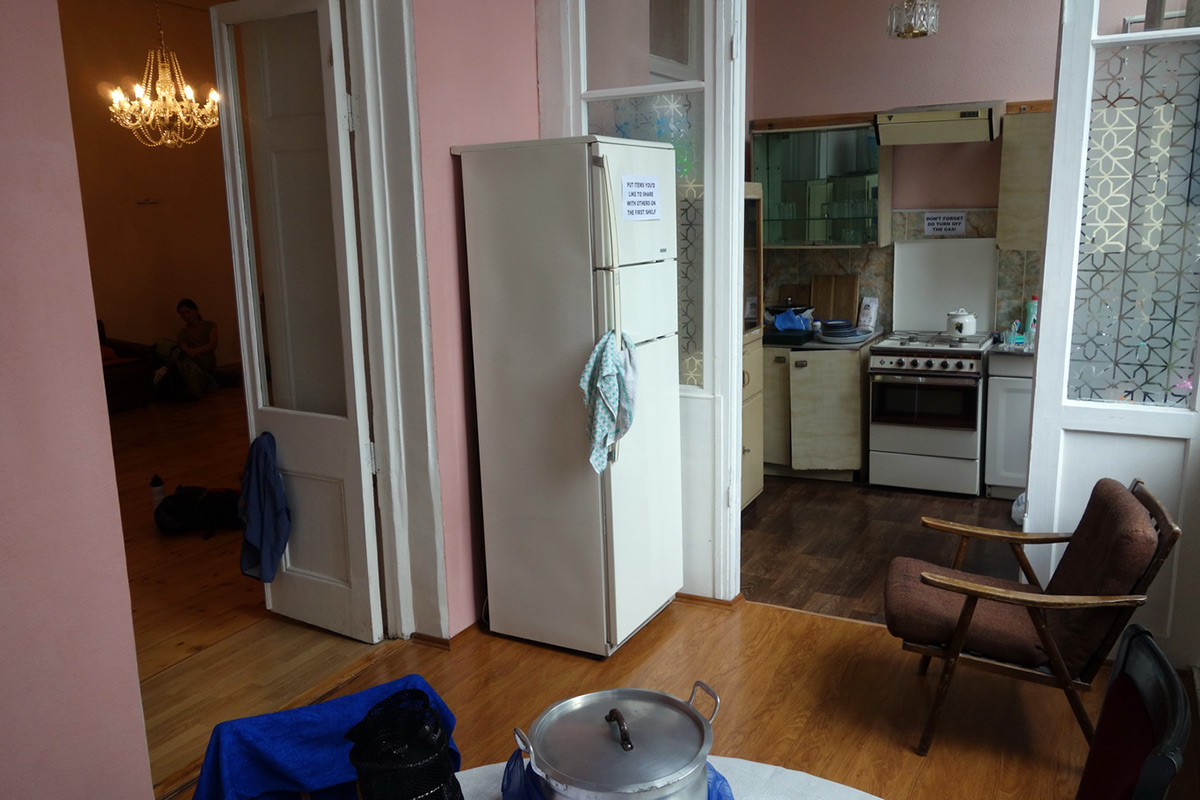 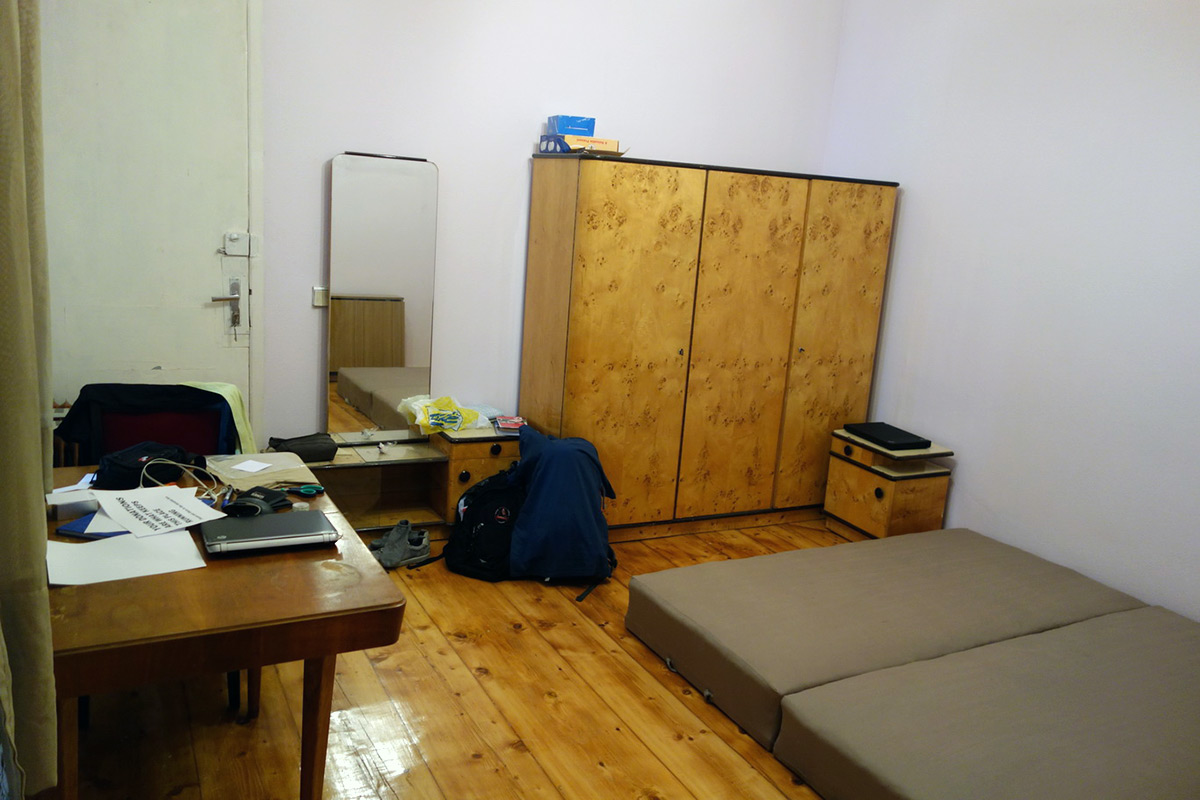 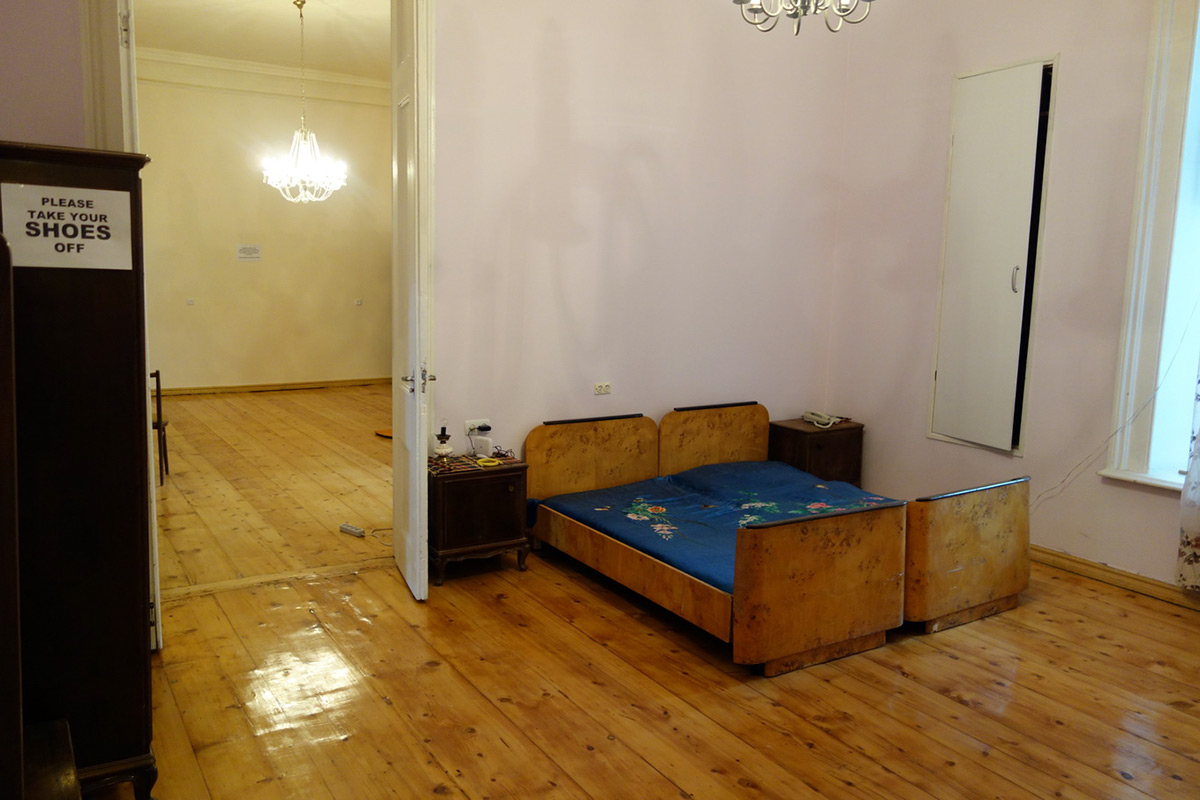 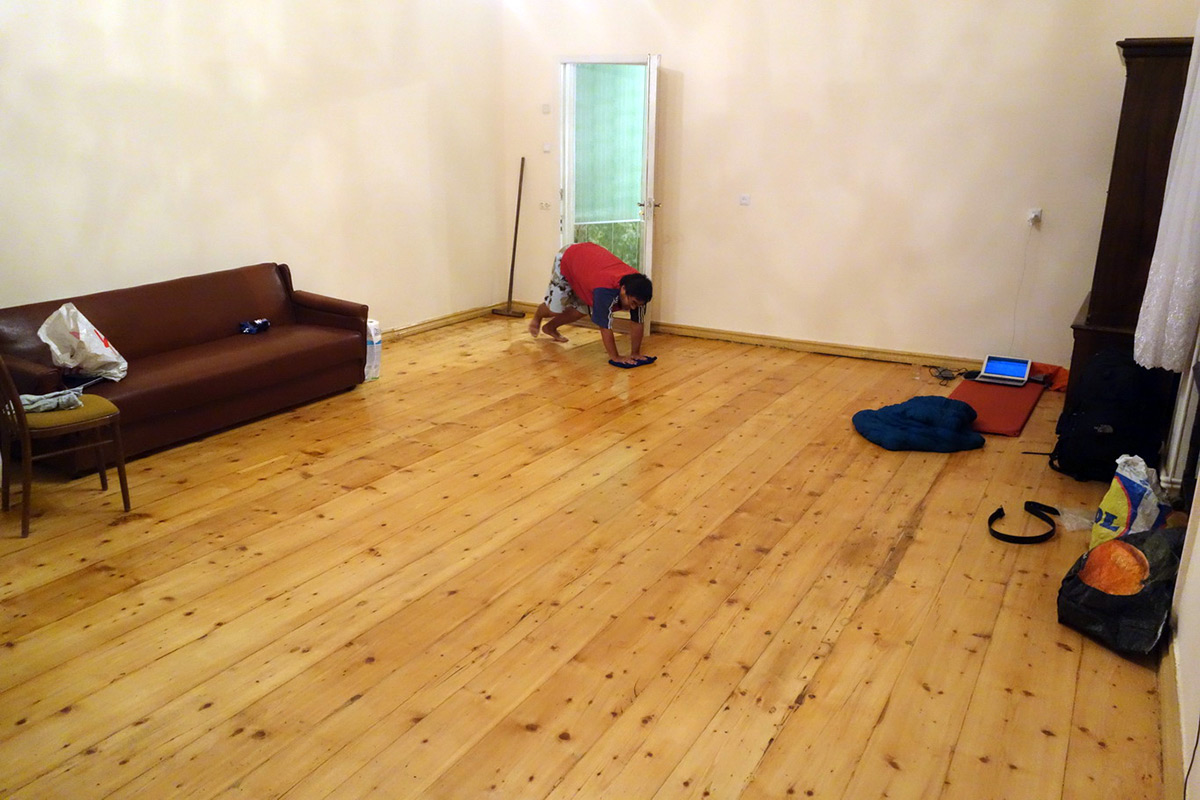 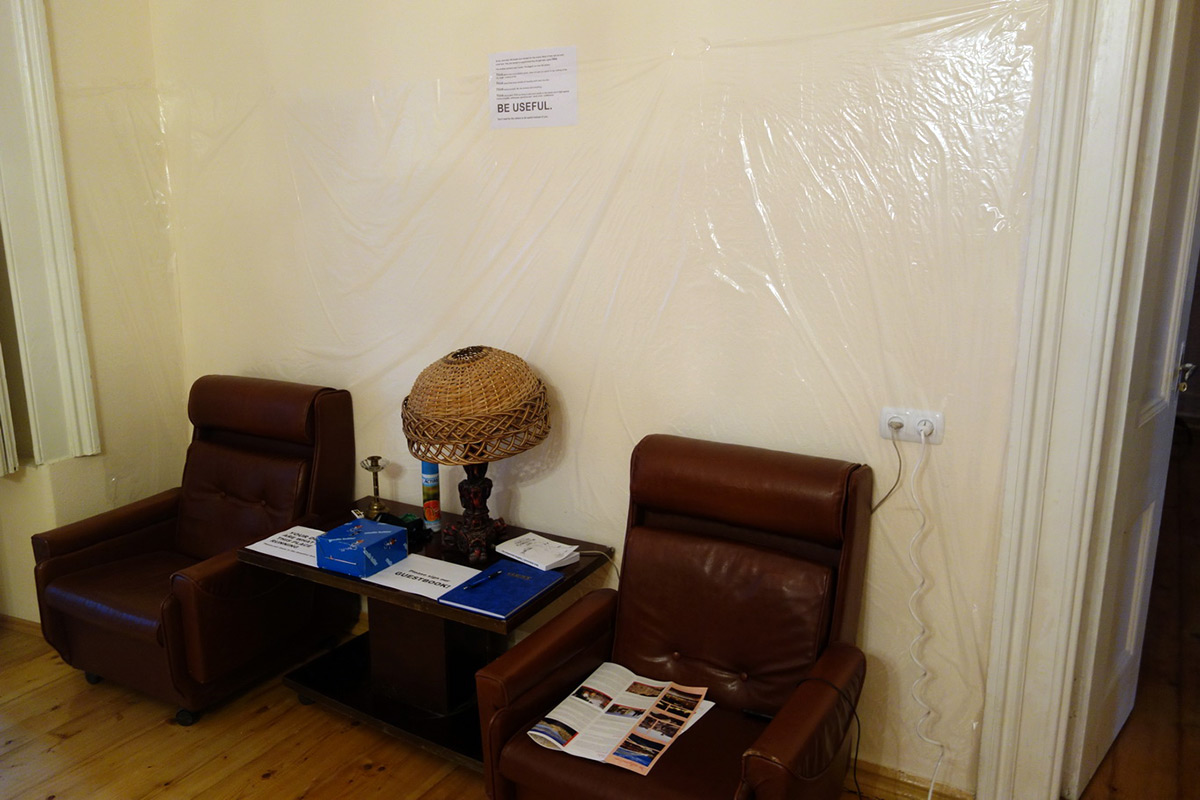 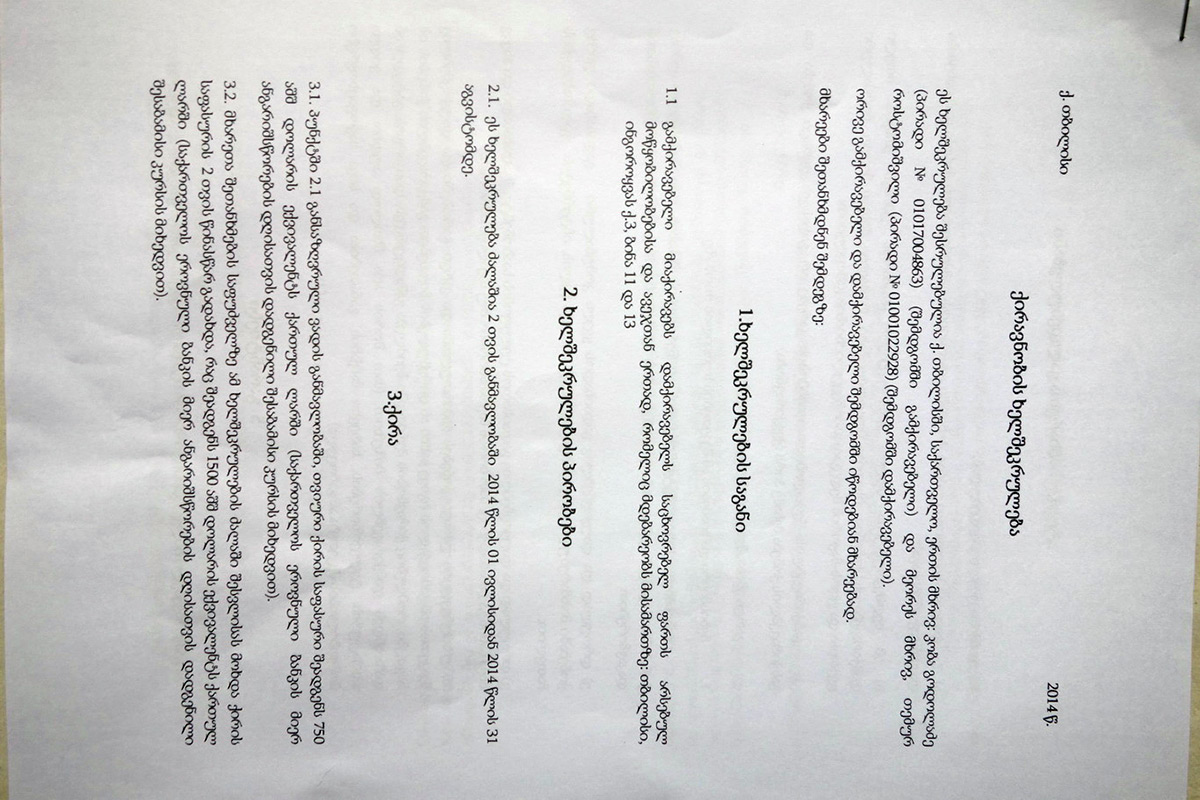 The Travel House is located in the old part of Tbilisi, in the very centre, five minutes from the metro stop. The apartment is 140 m² (Google Converter says that's 1,500 sqft), has wooden floors, three big bedrooms and a kitchen with a dining room. There were fifteen old chairs (ten of which we threw out), two falling apart beds, two tables and no dishes. We dismantled one of the beds and left only mattresses so that we could have more space.

Like in the previous years, the local help was crucial for finding the apartment. Temur, the guy who contacted us through our website to offer help, hosted us during the search, kept us well fed with the help of his wife, and wore off his shoes walking with us all over the city. As it was the case in the previous years, nobody wanted to hear about renting for only two months.

After four days of the quest, the owner of an apartment we checked out the first day called us back. That was also the best apartment we'd seen. We went to his workplace (gynaecology department) to negotiate. The only thing we understood is ara, which means no in Georgian, which was about every fifth word of the conversation. The owner was worried we'd make troubles and run away, so he required signing the contract with our Tbilisi host. He told us he knew that we needed the apartment for "daily rentals". Also, he asked for more money because he's giving us the apartment for a shorter period, which we accepted but under the condition of not leaving the deposit, and that he provides a washing machine. By the way, we arranged not to pay the water bills – the apartment didn't have the intercom, so the deal was: we take care of the intercom and the owner takes care of the water bills. Afterwards we went to the market and bought a wireless bell for €5.

The rent is €550 per month, like in the last two years. It's a coincidence, we swear! The whole contract, in Georgian, will be sent to you upon your request, and here we give you the scan of the first page.

We need to add the cost of the Internet, gas and electricity to this amount. Not the cost of water – unless the man changes his mind after seeing how much water we've spent. Internet will be around €60 for the two month period, and for gas and electricity we don't' know. This year we had significantly larger start-up costs. During the first two days, we had to spend €85 to furnish the apartment with some necessary stuf. It would've cost us more if Temur weren't a tough negotiator in the market place. We've bought cleaning supplies, a bathroom curtain, basic groceries, washing powder and many tiny things that added up.

The apartment was awfully dirty. Takahiro, a Japanese guy travelling by motorcycle for three years, our old acquaintance from Granada, came to help us clean the apartment the day before opening The Travel House. Our hosts Maya and Temur came to help too. They brought us a pile of dishes and a big saucepan. Tahakiro showed us how to scrub the floor Japanese style (or his style).

The only thing we haven't taken care of yet is the extra keys. The building key is antique – like the key to a monastery or your grandpa's cellar, even longer! Such keys are no longer in use here in Georgia, so there's no locksmith who could make us a copy. One of them promised to melt two big keys to make one giant; we just have to wait and see if he'll succeed.

The first night we had 18 people sleeping in The Travel House. For the third night, more than 30 people have registered! If you haven't done it yet, apply for The Travel House and/or donate to support the project: