The Istanbul Travel House has been closed after two months of functioning, as planned. We have dragged ourselves back home and perused numerous lists and tables, somehow managing to compile the final statistics for the whole project.

Number of visitors who slept in the house: 224
Number of countries: 36
Duration of the project: 62 days
The youngest visitor: 8 years
The oldest visitor: 61 years

Here's a map showing where our visitors came from, and how many of them from each country: 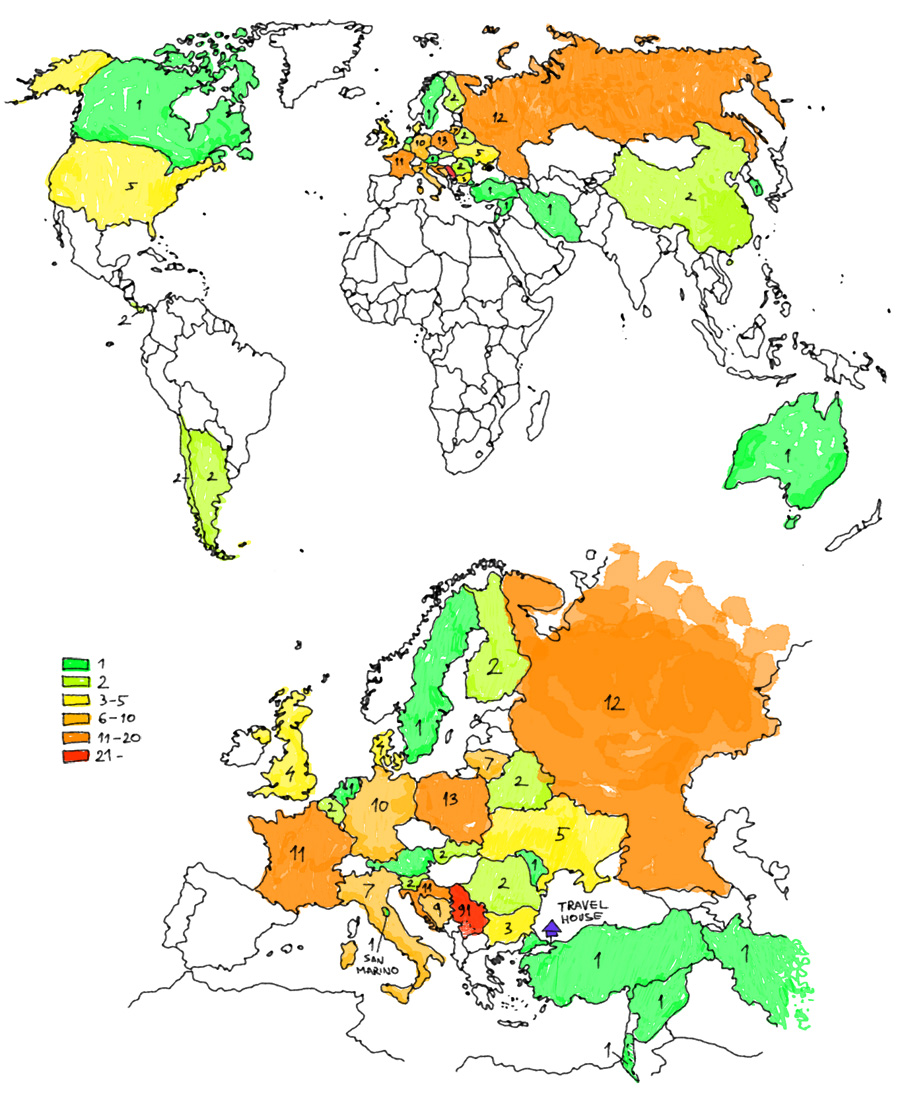 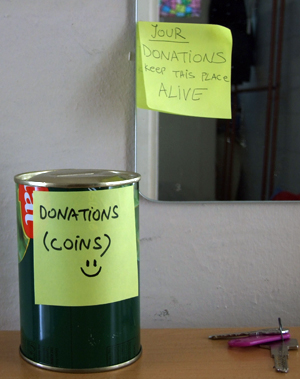 Some donated through our bank account, some used paypal, some sent the money or gave it to us personally before the project started. In the house we had two ways of donating: anonymous (the donations can, for coins) and personal (for larger donations). The list of the backers on the website hasn't been updated yet, but it will be eventually. Of course, even that list won't be completely accurate, because we don't know who put the money in the can. However, two important things are very clear:

1. The vast majority of people donated, even if symbolically, and
2. The Travel house is a self-sustainable project.

In other words, it is possible that the Travel House will become a tradition, with different location each year.

As far as the organization and implementation of the project go, everything went well. The apartment was perfectly chosen, both for the layout of the room and for the fact that it had two balconies, which were occasionally used for sleeping.

However, the house was often fully packed, even above the projected maximum capacity, so we had to reject some travelers who wanted to come. That's why it would be good to find an even larger apartment next time.

All the travelers were nice and decent, but occasional reminding was nevertheless necessarry. In a community that big, with such a huge flow of people, if one leaves the dishes dirty, the next ten will see that and follow suit. If one messes up the table or the floor or the toilet and doesn’t clean it, an amazingly rapid dirt and rubbish accumulation inevitably ensues. If one doesn't take their shoes off upon entering, the others will do the same, and so on. That's why it was important to react timely and remind people to be careful. It was necessarry that Lazar or Marko are in the house more or less constantly, and preferably both of them. Constantly doesn't mean in every moment, but at least every night.

Since the two of us occasionally left for shorter trips, when only one of us stayed in the house, the job would become much more difficult, due to a bunch of invisible things that need to be done and taken care of, as well as for providing info to travelers (who were comming to us every 10-15 minutes to ask something, for two months). That's why it is good that the Travel House always has two people taking care of it, to split the workload. 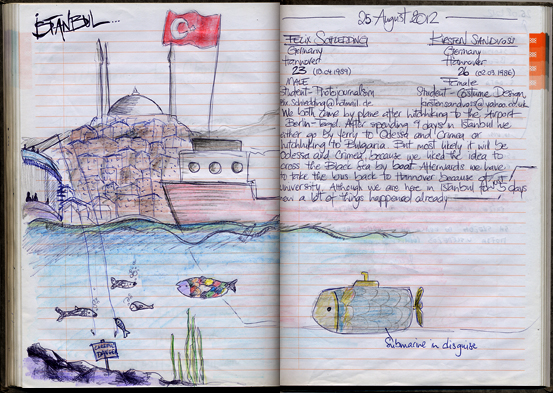 Since many people commended how well the Travel House functioned, we have made a flow chart showing the application process. The real process is a bit more complex, since there are people canceling, changing the dates, asking if they could stay longer etc. But this is the essence. If anyone ever decides to make something similar, maybe this diagram might come in handy. 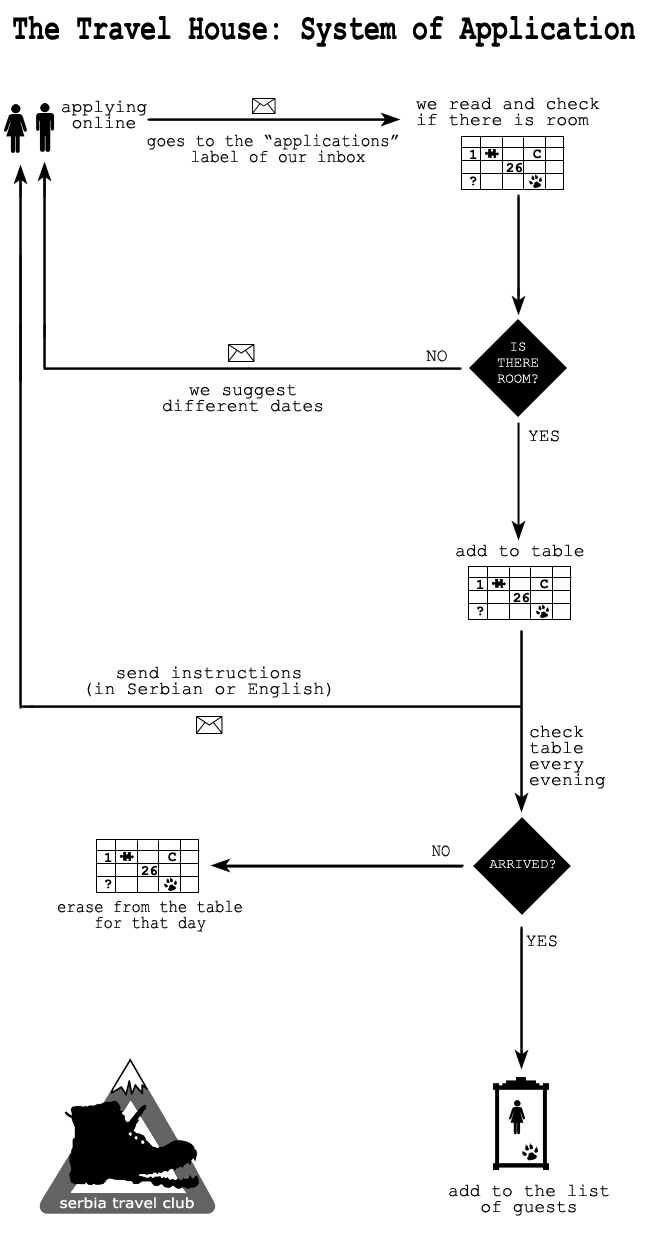 Towards the end of the Travel House, we organized a map-making workshop named "Blind Cartographes", where we gathered artists interested in the making of creative and personal maps. The lecturers were Uros and Ester. The workshop was successful, and the report will be published soon. In the meantime, here's a couple of pics.

And here's the map of the Travel House surroundings, to remind you of that painful hill that we had to conquer every day in terrible heat.

As for the furniture and other stuff, we managed to sell some (the fridge went for 44 euros, so we lost only about 10 euros on it), some of it we gave away to the last guests or people we know in Istanbul, and some we packed and took home, so as not to throw it away, which made our backpacks rather heavy.

On the last day, August 31st, the landlady came around noon to inspect the apartment and return the deposit. She found the apartment in perfect condition, except that the walls were a bit dirty in several places, mostly where people leaned onto them to explore maps. After a lot of debating, we agreed that she keeps 65 euros, to fix the walls. However, she demanded that we leave immediately, otherwise she wouldn't give us the deposit while we're still in the apartment. We (at the time, in the house there were only Marko, Lazar, Ester from Belgium and Lorenzo from Italy) were planning to stay for one more night and start hitchhiking the next day at 4 AM. 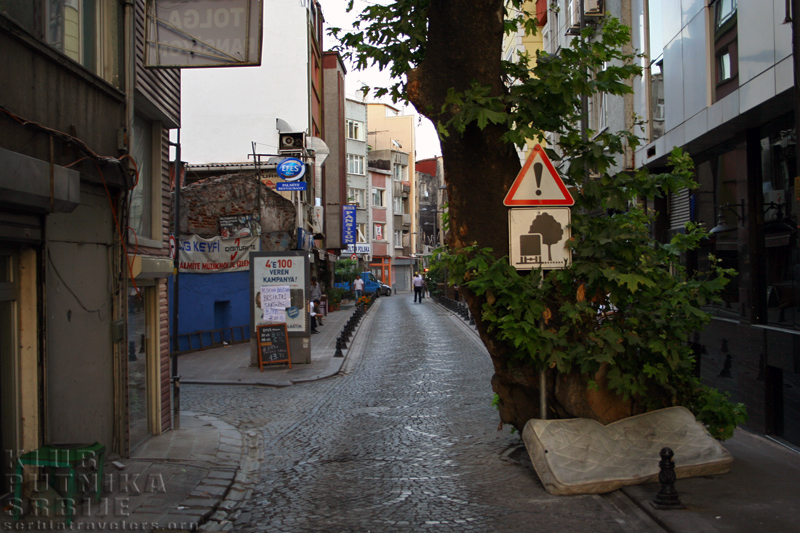 And so we found ourselves in the street at 2 PM, with our huge luggage. We shrugged and decided to start hitchhiking right away. Lorenzo stayed in Istanbul, Ester and Lazar went to Serbia via Bulgaria, and Marko went to Macedonia via Greece. We broke the hitchhiking rule that one should always start early: when it got dark, we were still in Turkey. But we eventually managed to drag ourselves where we were supposed to, altogether with the huge wok and other bizarre objects sticking from our backpacks. 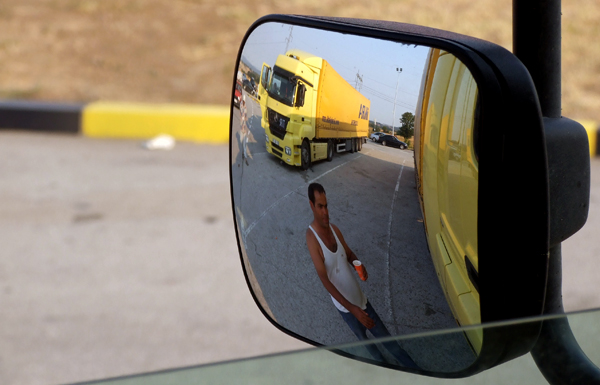 The Travel House project has definitely been successful and has exceeded our expectations in every possible way. We gathered in one spot more than 200 travelers from 36 countries, and everything passed without a hitch. According to many of the guests, the strongest impression wasn't the journey, nor the Istanbul, but the atmosphere in the Travel House itself, with all the people one could encounter and meet there, as well as the way of life in the house, in which everyone had their place and role. A life in which, at the same time, someone is playing the guitar, someone is making lunch, someone is playing chess, someone is praying on a mat, someone is drawing, writing, reading, chatting and so on. A bunch of people belonging to different cultures, from different parts of the world, sharing small space, cooperating perfectly and functioning in unison, taking care of each others needs, trying to contribute in various ways and doing all that with a smile - that is the most important outcome of the Travel House.

When we paid all the expenses, the Travel House has brought the profit of 887 euros to the Travel Club. This is the first time that our organization actually has some budget. The Travel House has taken us nearer to that goal that we often dreamed and talked about on the forum: to be able to fund our own projects, printed materials, website upgrades, publishing and all other stuff that we want to make and that requires money. Anyhow, if nothing else, this budget makes the next Travel House way more probable.

Will there be another Travel House? We would like that, and we'll do our best to make it happen. In the meantime, take your time and let the impressions from this summer settle and sink in, think about what you have seen and experienced, and - this probably goes without saying - make plans for future travels. 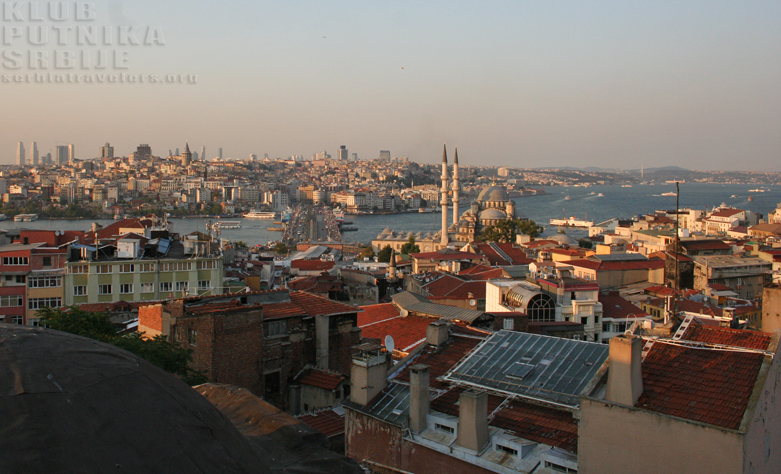