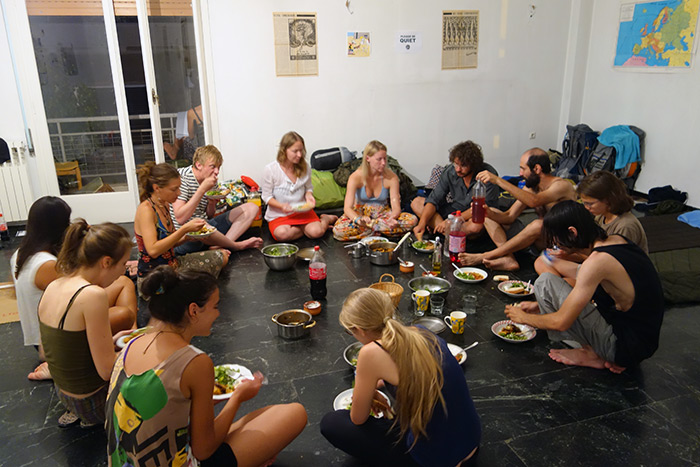 True, it ended four weeks ago. Part of the club staff was travelling to promote our book Bantustan, and the schedule was heavy, while the another part was taking part in acompetition to get the financial support for the Map of the Invisible Balkans projects.

The Travel House 2015 was particularly interesting because of the events outside the House (the controversial Greek referendum), but also because of the activities in the House. With traditional Greek dinners, city tours, lessons of Greek language, there were also occasional yoga and laughter yoga sessions and so on.

With almost five hundred travelers, this year's Travel House was by far the most visited in the history of the project. We collected enough money, but the costs were significantly higher than in previous years. In these four years, Travel House hosted a total of 1,269 passengers. 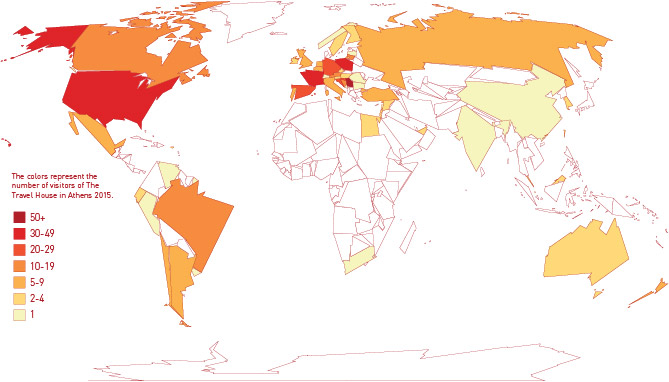 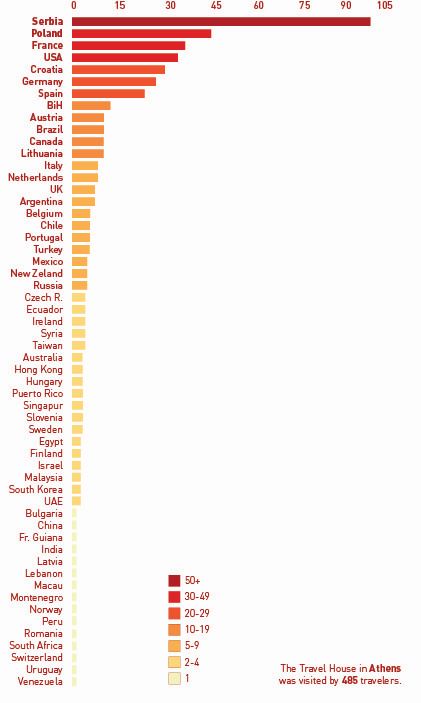 This year we decided to rely more on the help of local volunteers. So for the first month we had free Greek language lessons (until the volunteer had to leave in early August), and during the entire duration of the Travel House, we had common Greek dinners and city walks. These joint activities helped the visitors to get to know each other better, but also to get to know and experience the city with the help of the people who live there.

Instead of the traditional blogging, this time we have written down short travel stories, which we published in live stream. We interviewed and photographed more than seventy people and wrote down what they told us.

Travel House is becoming more popular and better known in the travel world. In addition, the Travel Club is also growing. It is no surprise that the number of visitors of the Travel Houses is growing from year to year. However, there is also a growing logistical challenge. To illustrate this, imagine that five hundred people pass through your apartment during two months - who all take showers, use the toilet, cook lunch, celebrate birthdays.... 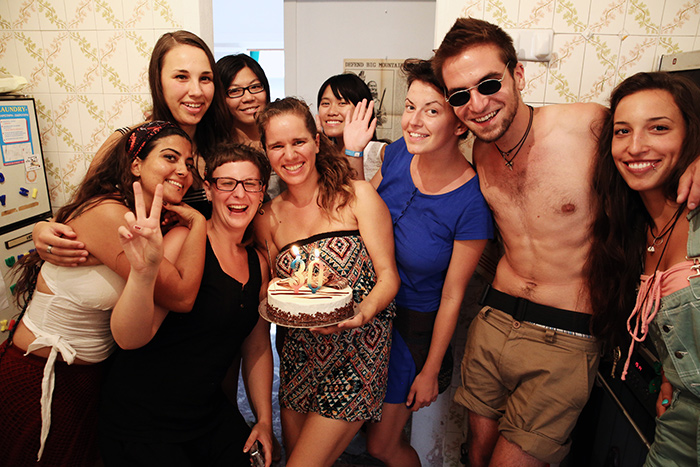 This year we decided for the first time to tell the truth to the apartment owners - a part of the truth that we believed they will be able to handle. During the first phone call, we would say to the owners there would be a lot of people in the apartment. This had eliminated 99% of the available options. While this made it dramatically difficult to find an apartment (it took us ten days of intense search), last year's experience from Tbilisi indicated that it is better to say the truth to reduce the risk. Thanks to the rules it is possible to hide two hundred people to some extent – no loitering in front of the buildinng, leaving the house in small groups, total silence at night – but it is not possible to hide five hundred people in a building.

We tried not refuse anyone, but we still had to turn down some travelers because physically there was no more room. At first we had had an agreement that, given the size of the apartment, not to take more than thirty people per night. If you looked at statistics, you noted that the maximum number of people for the night was the 47.

After the first month, we received a letter from the management of the water supply company: "Your apartment has an abnormal water consumption. Check the pipes for any possible leaks."

Neighbours complained several times despite the fact that we were silent. No one complained about the noise, but they complained about, say, frequent closing the door of the apartment. This door closed nothing louder than usual, but simply they were opened and closed so many times during the day, that it started to bother other tenants. Since the closing of the doors could not be lesser, we taped a thin layer of rubber on the door edges. If you have fifty people in the apartment, it is sufficient that they just walk - nothing else - and those who live under have the impression that they are listening to a stampede.

Therefore, the future of the Travel House is now being questioned. How long it can grow and still be feasible? Those who were on duty in the house this year, feel that this is the final frontier, and that all over it just would not be physically possible to realize. Even this was on the verge of possible, and we should probably find a new model, if we want to continue with this project.