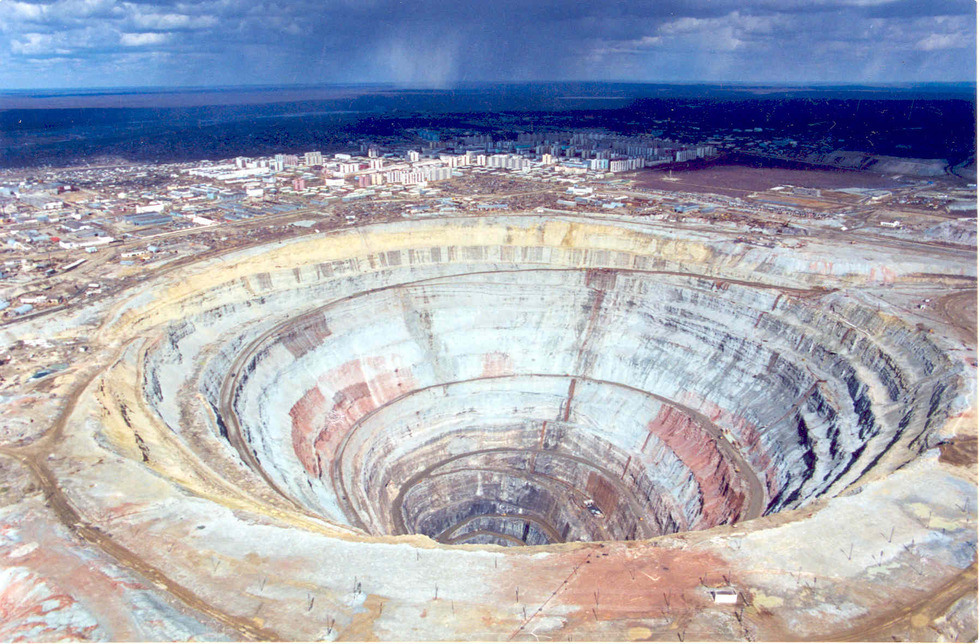 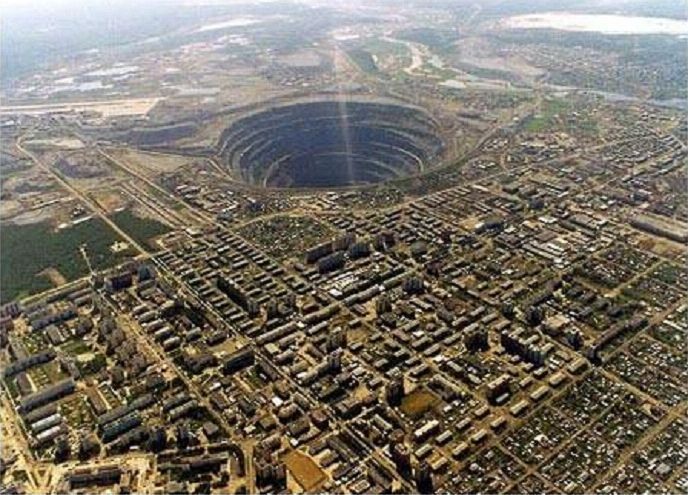 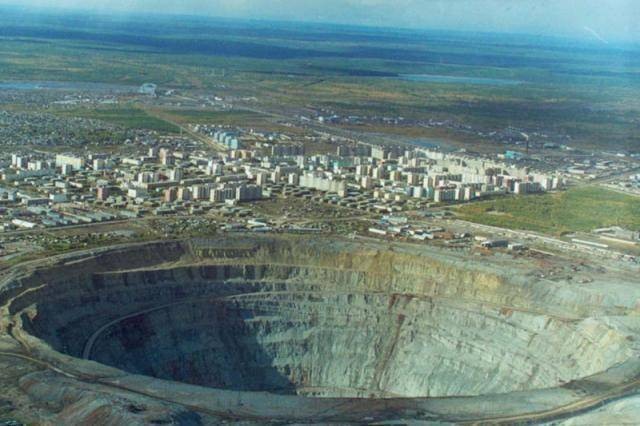 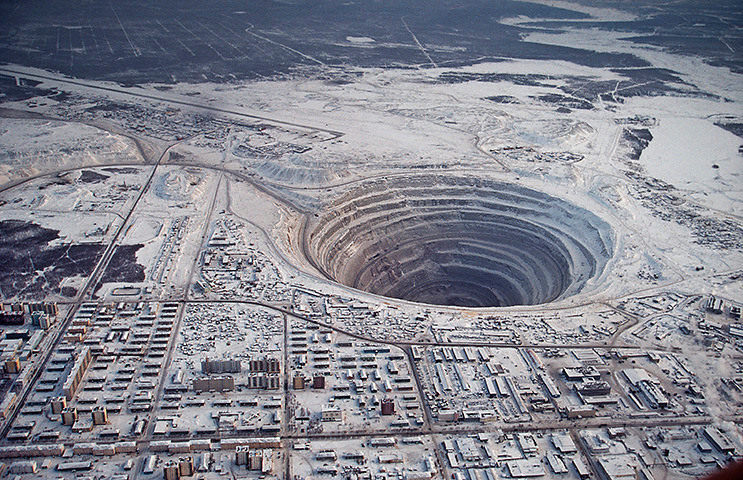 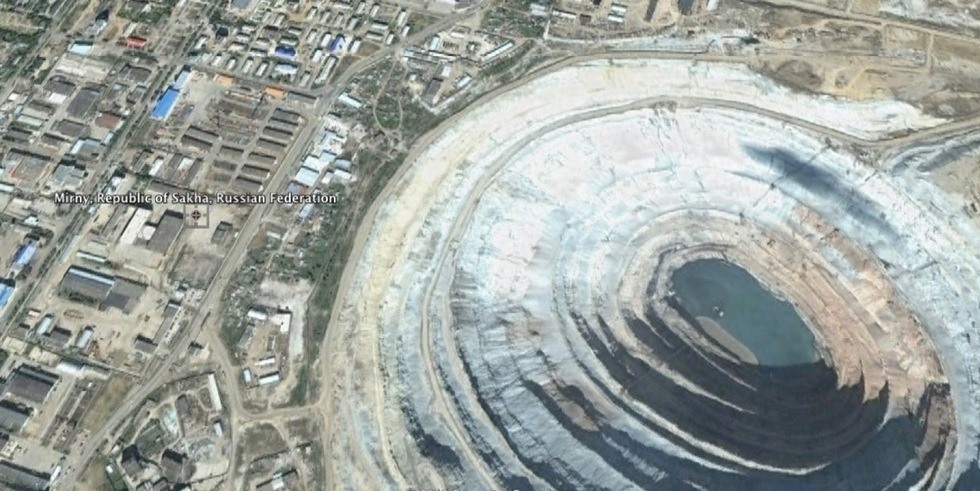 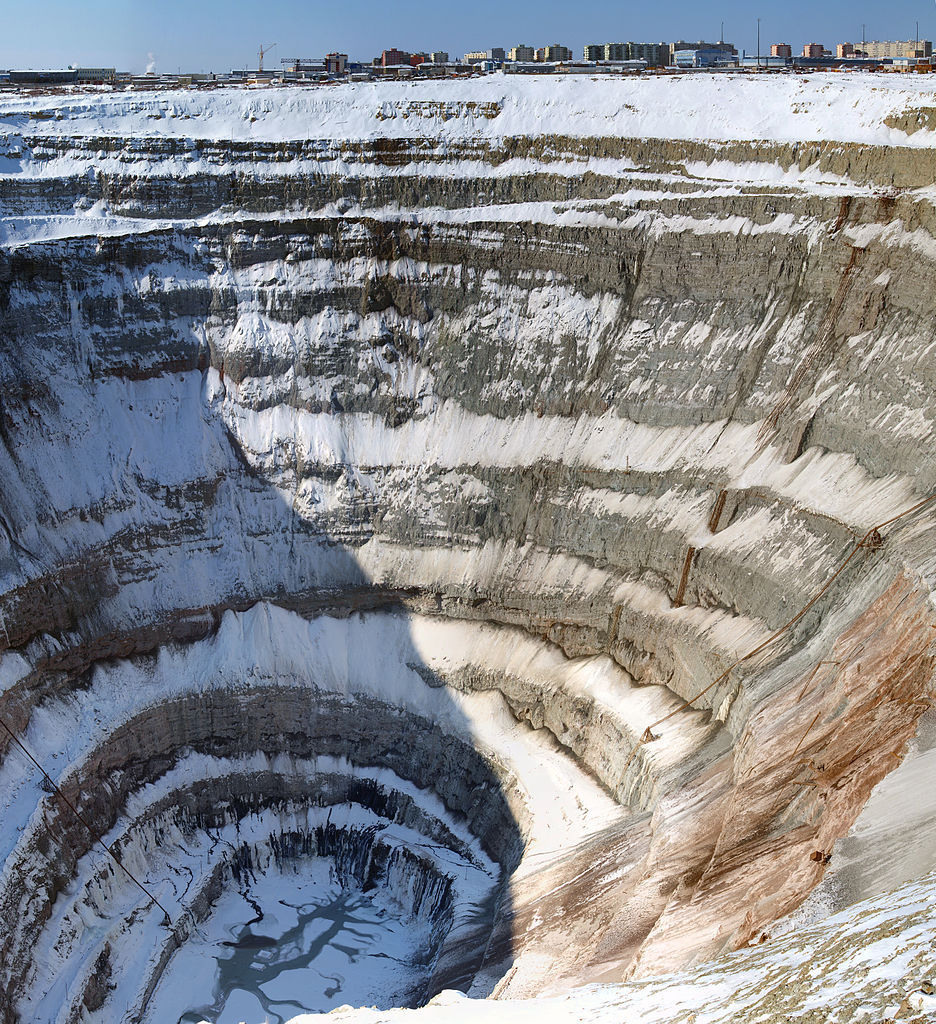 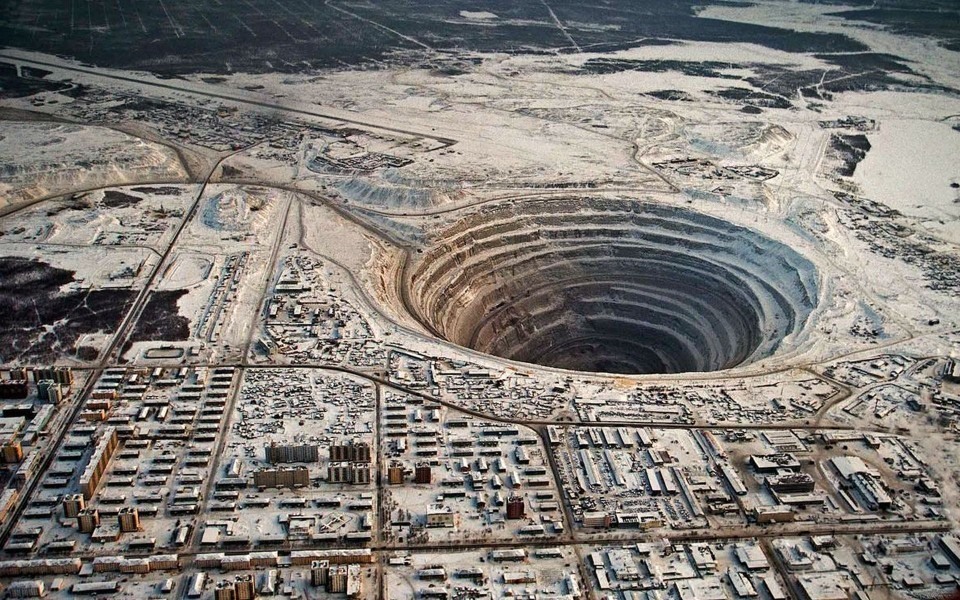 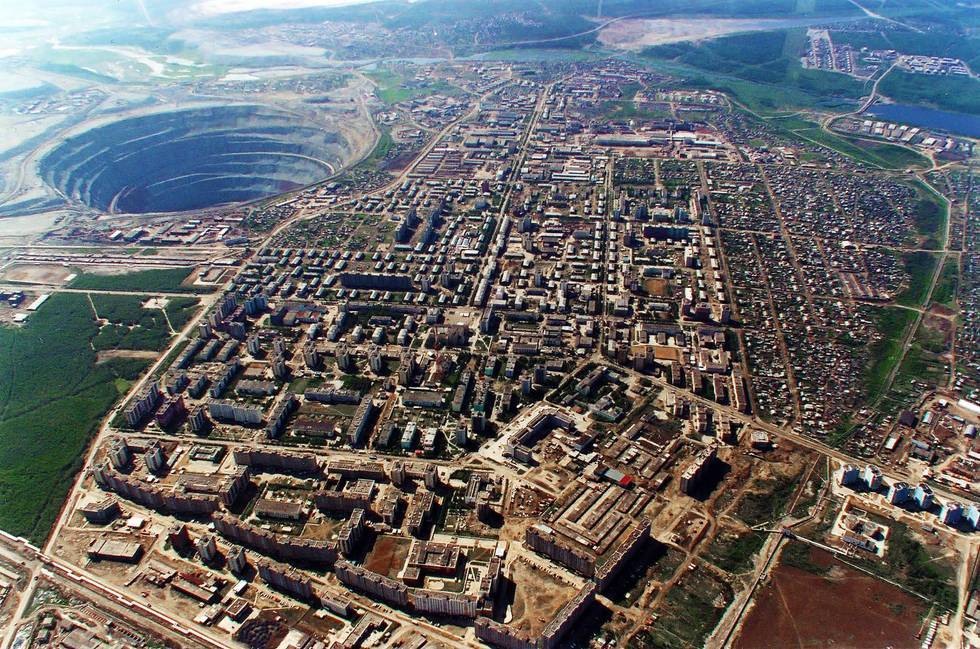 The second largest man-made hole in the world (surpassed only by the Bingham Copper Mine in Utah) is a diamond mine located on the outskirts of Mirny, a small town in eastern Siberia.

Excavation on the pit began in 1955, and today it is 1,722 feet (525 meters) deep, and 3,900 feet (1.25 kilometers) across. Stalin ordered construction of the mine to satisfy the Soviet Union's need for industrial-grade diamonds following the war.

The harsh, frozen Siberian landscape made working on the mine a difficult proposition at best. Jet engines were turned on the unyielding permafrost in order to melt it; when that failed, explosives were used. During its peak years of operation, the Mirny mine produced over 10 million carats of diamonds annually, a good percentage of which were gem-quality.

Although open pit mining has ceased here, mining work is continuing by underground methods. The massive 20-foot (6 meter) tall rock-hauling trucks that service the Mirny mine travel along a road that spirals down from the lip of the hole to its basin.

Though it has been said that the airspace above the mine is off-limits to helicopters, after "a few accidents when they were 'sucked in' by downward air flow," there is no evidence to substantiate the claim. 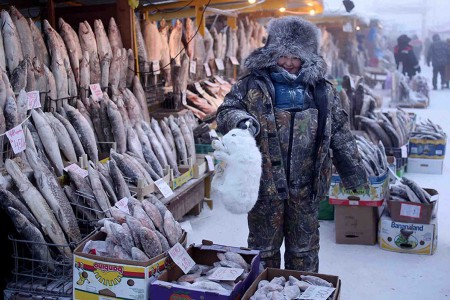