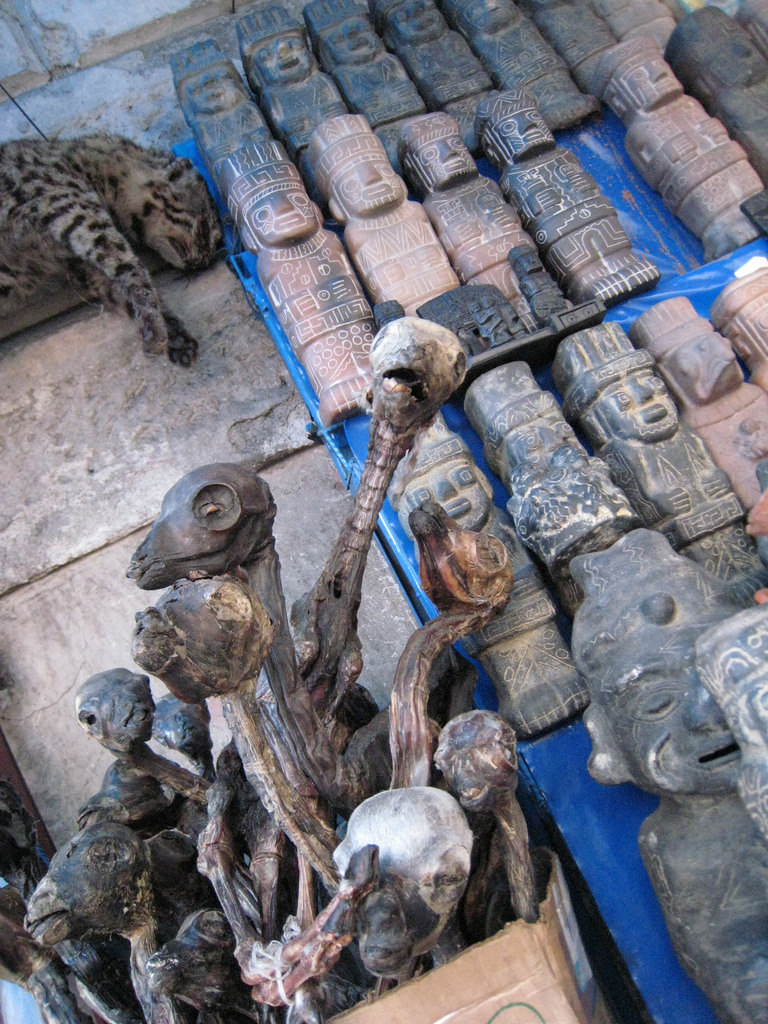 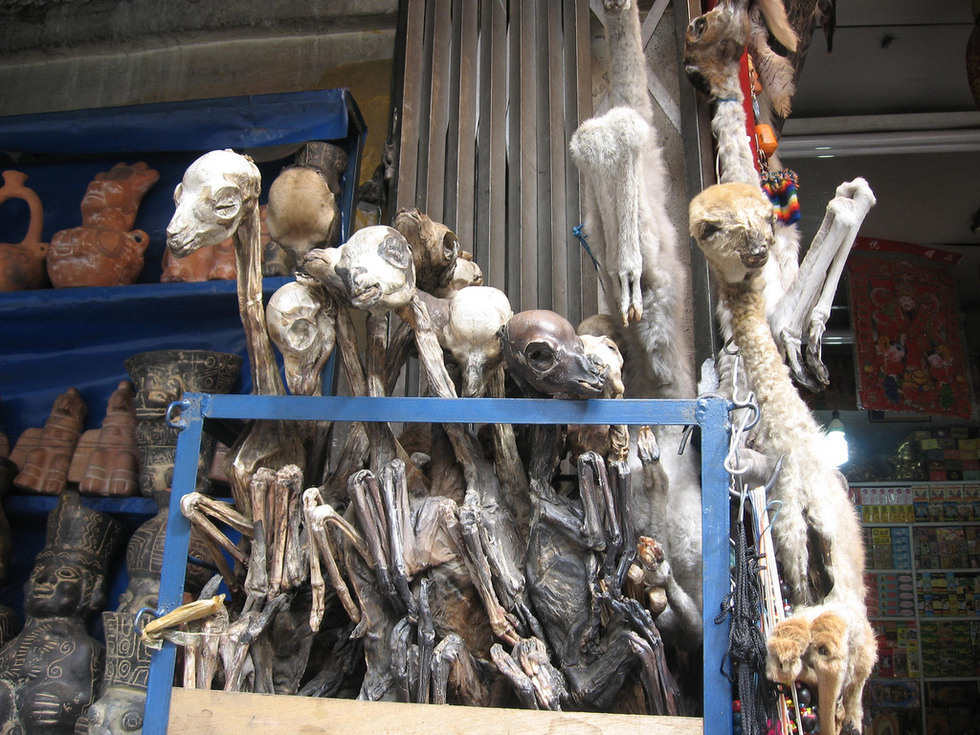 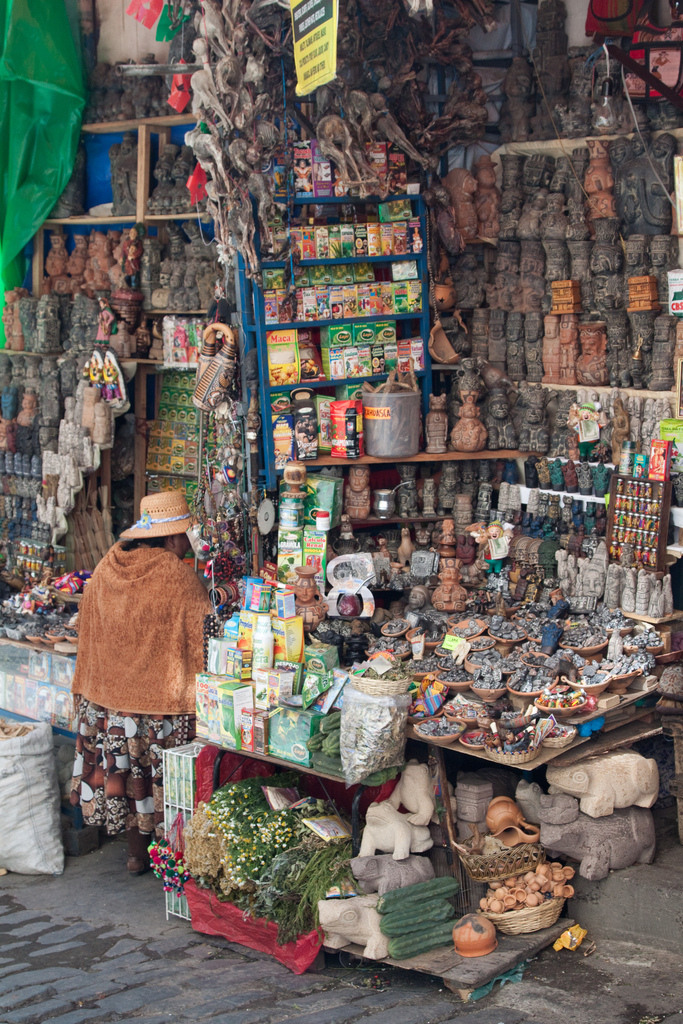 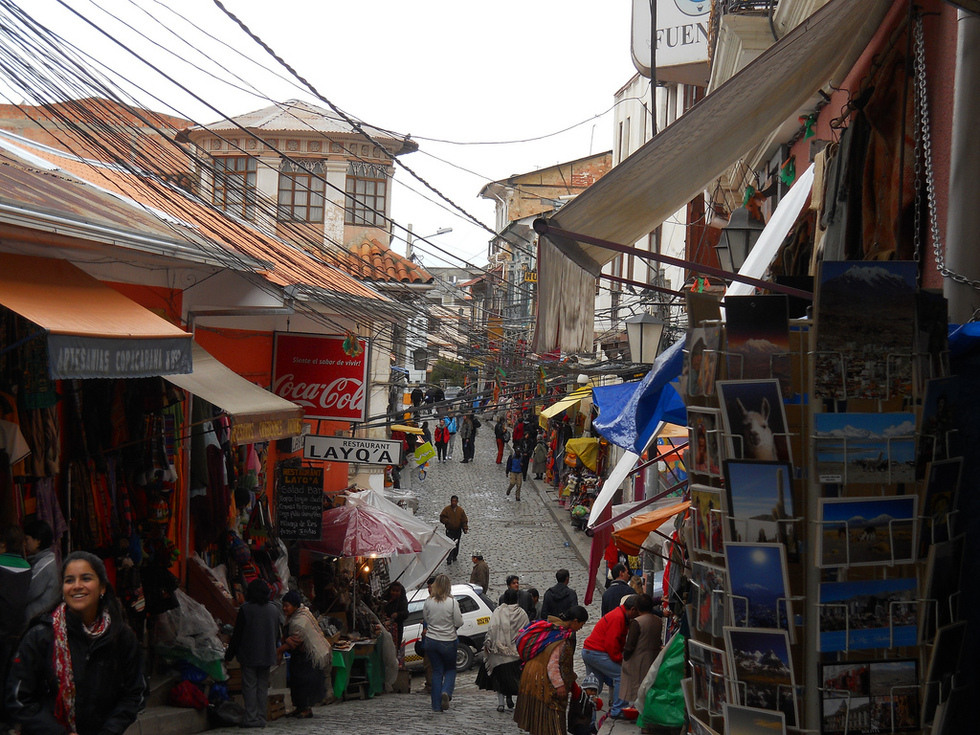 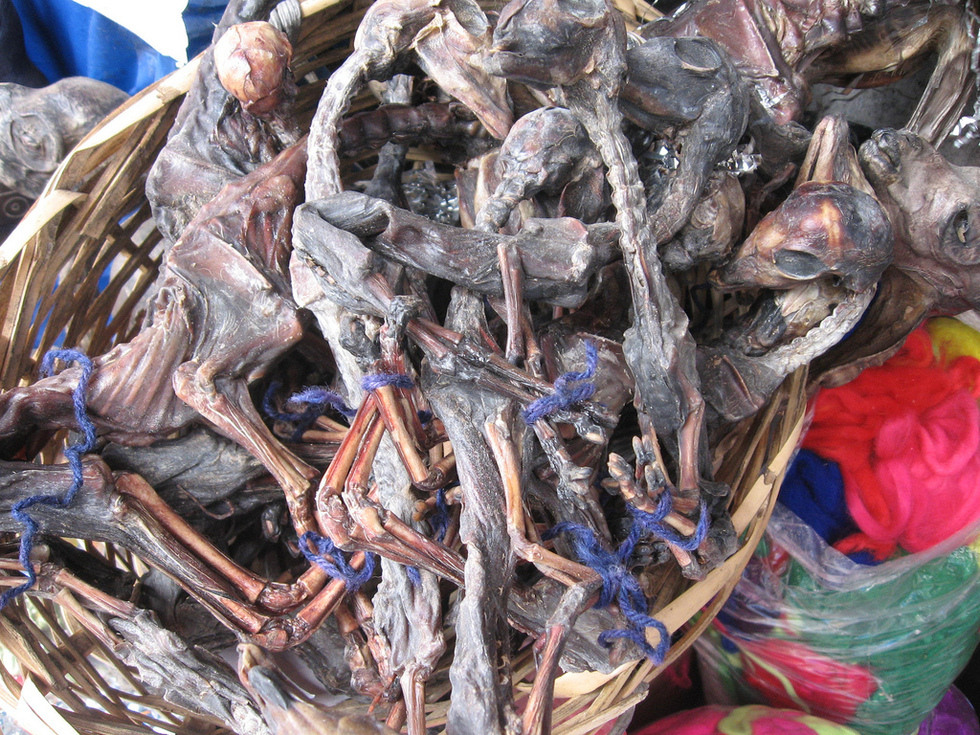 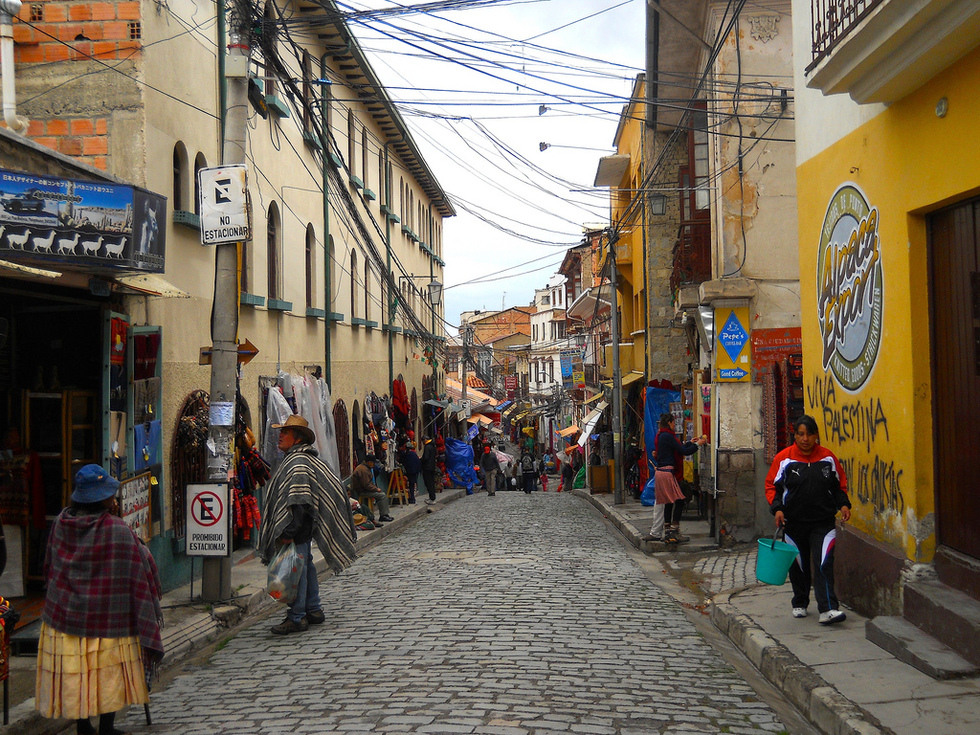 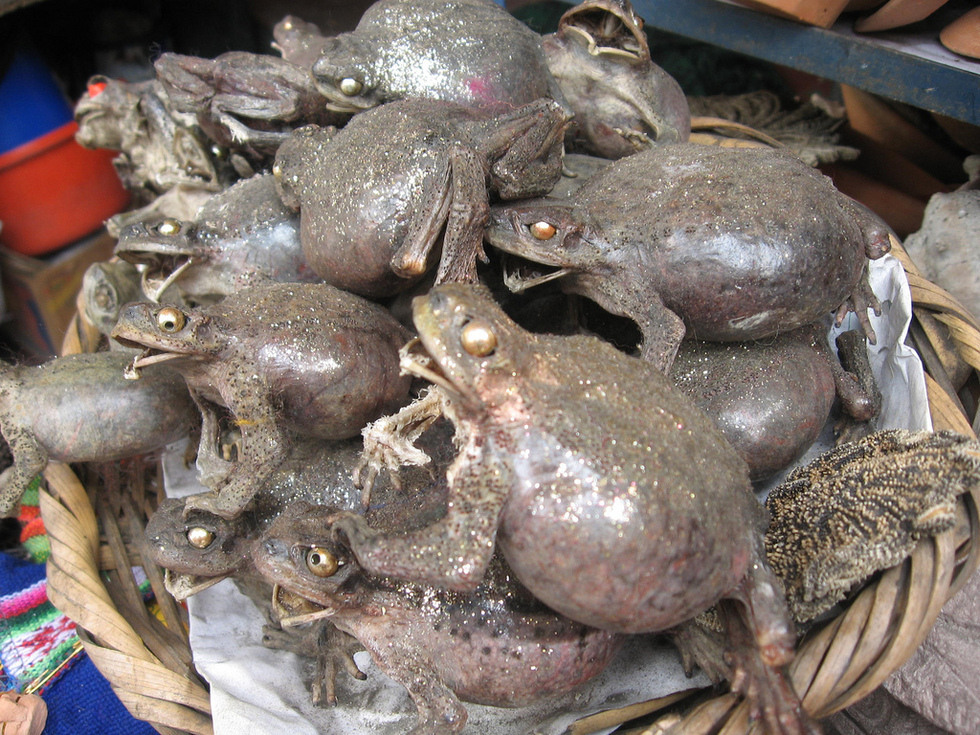 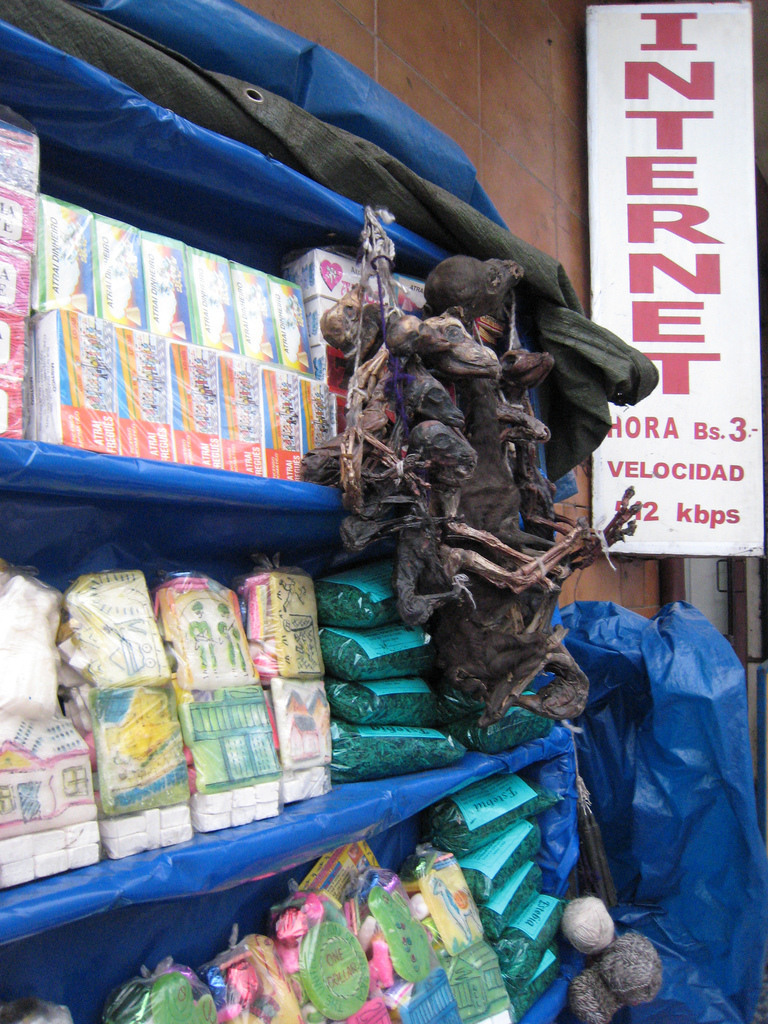 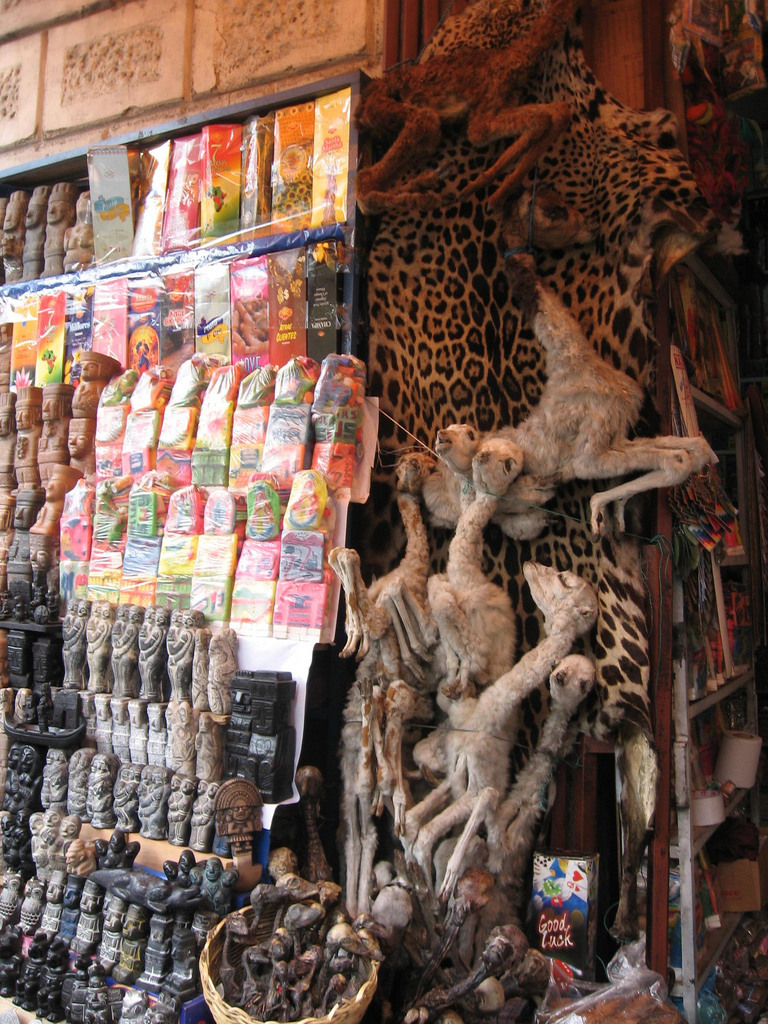 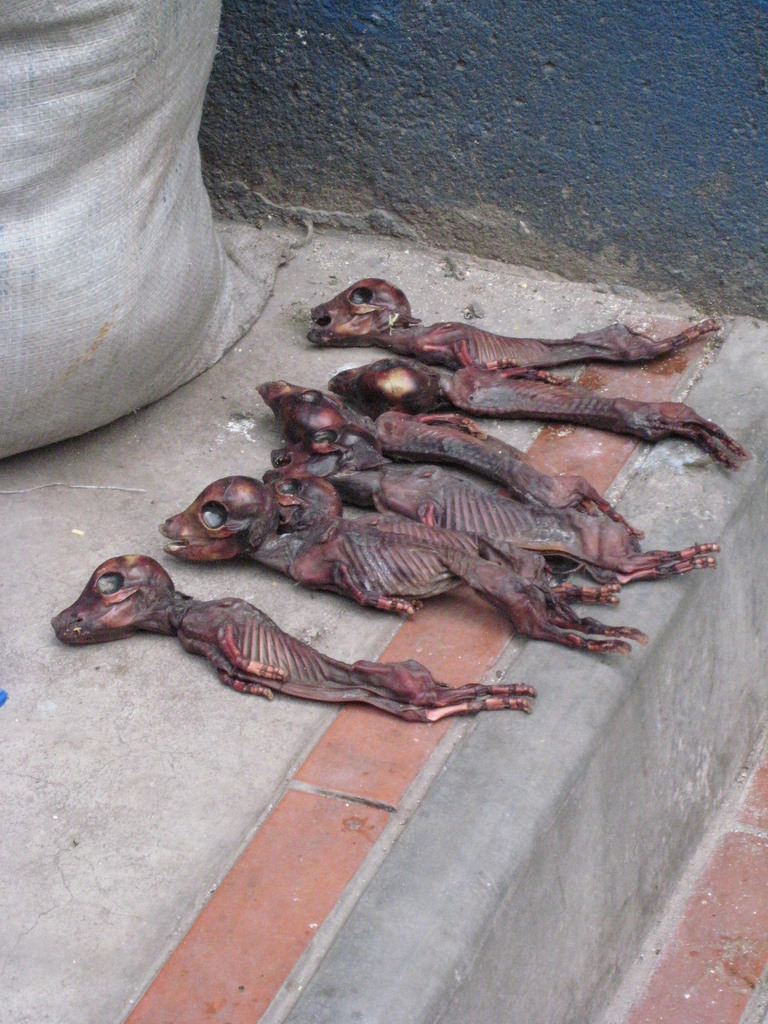 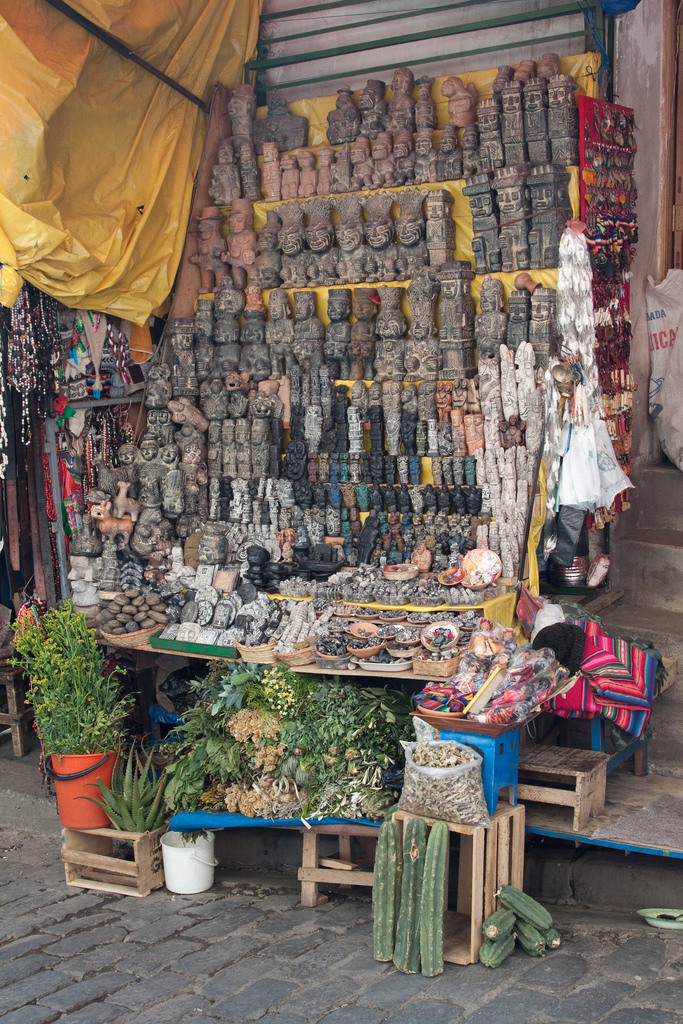 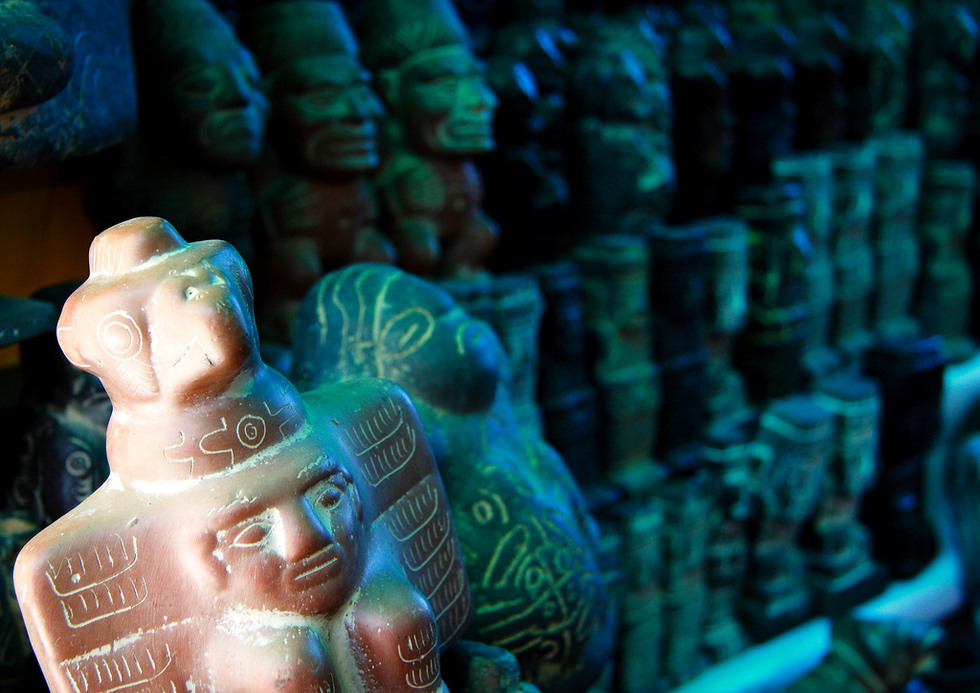 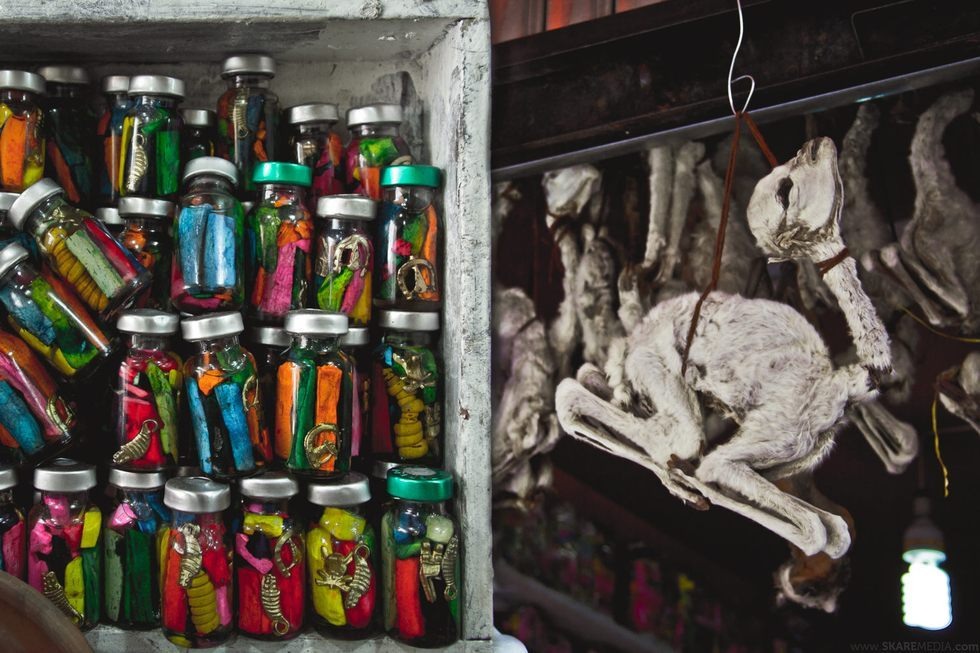 Located on Calle Jiminez and Linares between Sagarnaga and Santa Cruz in, it's impossible to miss the Witches' Market of La Paz, Bolivia, which is found right in a lively tourist area. Dozens of vendors line the streets to sell a number of strange and fascinating products and the raw ingredients used in rituals to call on the spirits that populate the Aymara world.

Among the many items sold at the market are dried llama fetuses that are said to bring both prosperity and good luck, dried frogs used for Aymara rituals, soapstone figurines, aphrodisiac formulas, owl feathers, dried turtles and snakes, herbs, and folk remedies. Witch doctors in dark hats and dresses wander through the market offering fortune-telling services.

The dried llama fetuses are the most prominent product available at the market. These animals are fairly large and are used throughout the country, buried in the foundations of new buildings as an offering to the goddess Pachamama. It is believed that the buried llama fetuses keep construction workers safe, but these are only used by poor Bolivians. Wealthy Bolivians usually sacrifice a living llama to Pachamama. 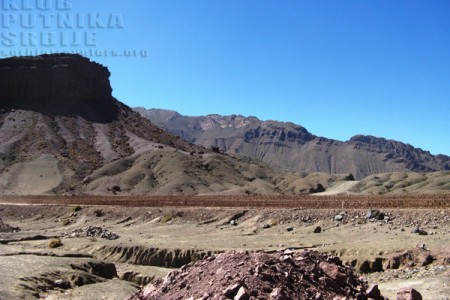 A travelogue about the infamous mining town of Potosi, in Bolivia, where millions of people have allegedly died extracting silver ore. A once...