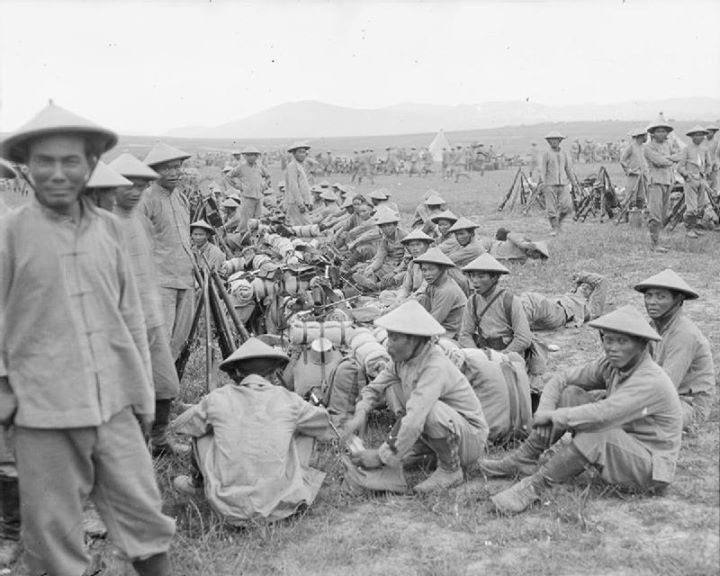 Anamites, people from Vietnam, at the Salonika Front as part of the French colonial troops

Now we are carefree, tender and airy.
Let us think: how quiet are, the snowy
peaks of the Urals.

If we get sad over a pale figure,
whom we have lost on some evening,
we know that, somewhere, a little creek,
instead of it, all in red, is flowing!

One love, morning in foreign land,
envelops our soul, gets tighter,
in endless peace of blue seas,
from which the crimson corals glitter,
like, from my distant homeland, cherries.

We wake up at night, smiling dearly,
to the Moon with its bow bent,
caressing the distant hills, tenderly,
and icy mountains, with our hand. 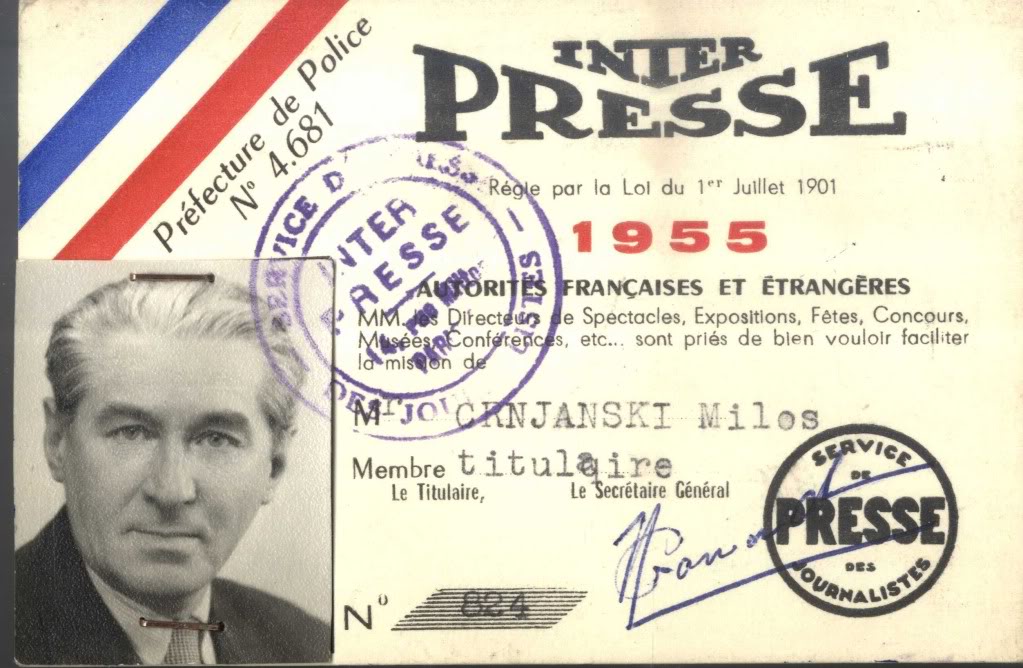 The Explanation of Sumatra

I felt, one day, all the helplessness of our life, and the intricacy of our destiny. I saw that no one goes where they want, and I noticed connections unobserved before. That day, some people from Senegal, and some Annamites, walked past me; I met an old friend of mine, coming back from the war. When I asked him where he was coming from, he replied: from Bukhara!

His mother had died and the neighbors had buried her. Someone had stolen all his furniture, from his house. Not even a bed, he said, do I have now!

And when I asked him how he had traveled here, he told me:

"Over Japan and England, where I got arrested."
"What will you do now?" I asked him. "I don't know. I'm all alone. You know I was engaged. She's gone somewhere. Maybe she wasn't receiving my letters. Who knows where life will throw her? I don't know what to do, maybe get a job in a bank."

All this happened at the station in Zagreb. Later I got on a train and traveled further. The train was crowded, mostly with soldiers, ragged women and many confused people. There wasn't any light and shadows were all that I could see. Little kids were lying down, on the floor, around our feet. Exhausted, I couldn't sleep at all. People all around me were talking, and I noticed that even the voices were somehow heavy and that human talk never sounded like that. Staring at the dark windows, I reminisced the friend of mine describing some snowy peaks of the Ural Mountains, where he had spent a year in a prison camp. He talked, lengthily, in tender voice, about that part of the Urals.

And I felt all that white, infinite silence, there in the distance. I smiled. Many are the places where that man has been! I remembered him telling me about a woman. From his description I only remembered her pale face. He repeated, a couple of times, how pale she was when he last saw her.

In my memory, anxiously, some women's faces, that I had said farewell to, started whirling, some faces I had encountered on ships and trains. That made me gasp, so I went out, into the corridor. The train had just reached the summits of Frushka Gora. Some branches were knocking on the window pane, which was broken.

Through it, the humid, wet, cold scent of trees started entering the train, and I could hear the murmur of a creek. We stopped before a crumbled tunnel.

I wanted to see that creek, that kept gurgling in the darkness, and I had the impression that it was red, and cheerful. My eyes were weary from the lack of sleep, and some weakness, from the long journey, came over me. I thought: look, how there aren't any connections in this world. My friend loved that woman, and she was left alone, in some snow-covered house, in Tobolsk. Nothing can be kept. Even me, so many are the places I've been to.

And yet, here, how cheerfully does this creek flow. It is red and it murmurs. I leaned my head onto the broken window pane. Some soldiers were walking, on the roof, from carriage to carriage. And all those pale faces, and all my sorrow disappeared in the gurgling of that creek in the dark. The train couldn't move on. We had to climb the tunnel at Chortanovci and walk to the other side.

It was cold. I walked, among the crowd of unknown passengers. The grass was damp, so we were sliding slowly, and some were falling. When we finally climbed the hill, underneath we saw the Danube, gray, hazy. All the mist, behind which there was an inkling of a sky, was infinite, endless. Green hills, like islands above ground, were vanishing in the dawn. I was lagging behind.

And my thoughts, still, followed my friend on that journey of which he was telling me with some bitter humor. Blue seas, distant islands, unknown to me, scarlet plants and corals, which I remembered, probably, from geography, kept hurling into my thoughts.

Finally, the peace, the calmness of the dawn, slowly started filling my being. Everything my friend was telling me, and he himself, in his torn, army overcoat, remained inside my brain, forever. All of a sudden I remembered the cities, and the people, that I'd seen coming back from the war. For the first time, I felt some immense change in the world. 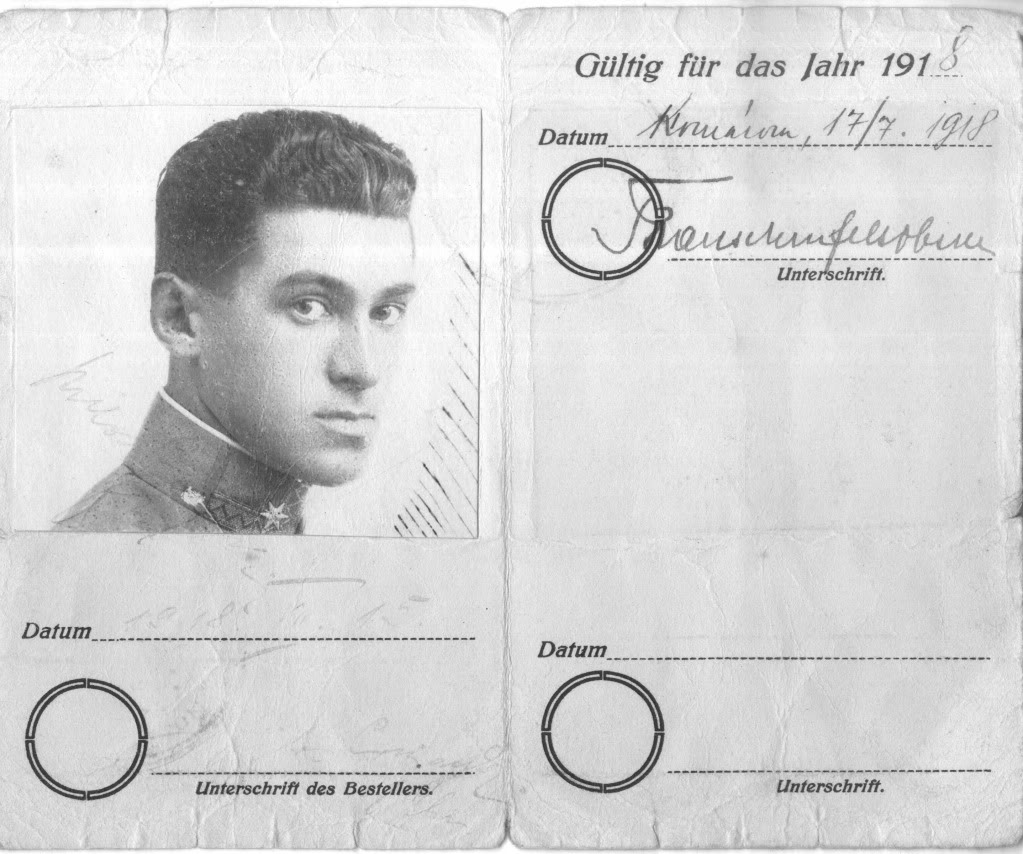 Everything is entangled. They have changed us. I remembered what life was like, before. And I bowed my head.

The train started off with a roar. I was lulled to sleep by the fact that everything was so strange, life, and the great distances within it. Think of all the places our anguish has reached, all the faces we caressed, tired, in foreign lands! Not only me, or him, but so many others as well! Thousands, millions!

I thought: how will my homeland greet me? The cherries must be ripe already, and the villages are full of joy. Look, how even the colours, all the way to the stars, are the same, on the cherries, and on the corals! How everything is connected, in the world. "Sumatra" – I said, again, mockingly, to myself.

Suddenly I trembled. Some unrest in me, that hadn't even reached the consciousness, woke me up. I went out to the corridor. It was cold there. The train stood still in a forest. In one carriage, people were singing. Somewhere, a child was crying. But all those sounds were coming to me as if from a great distance. The morning chill came over my skin.

I also saw the Moon, glistening, and I smiled inadvertently. He is the same everywhere, because he is dead.

I felt all the helplessness of ours, all my sorrow. "Sumatra", I whispered, with a strange air.

But, in my soul, deep inside, despite all the reluctance, I felt infinite love for those faraway hills, snowy mountains, all the way up to the frozen seas. For those distant islands where, maybe, all that we've ever done is now happening. I lost the fear of death. Connections with the world around me. Like in some insane hallucination, I was floating up into those endless, morning mists, to stretch my hand and caress the distant Ural, the seas of India, where all the blush from my face had gone. To caress the islands, the loves, the enamored, pale figures. All the intricacy turned into immense peace and endless consolation.

Later, in a hotel room, in Novi Sad, I put it all into a poem.