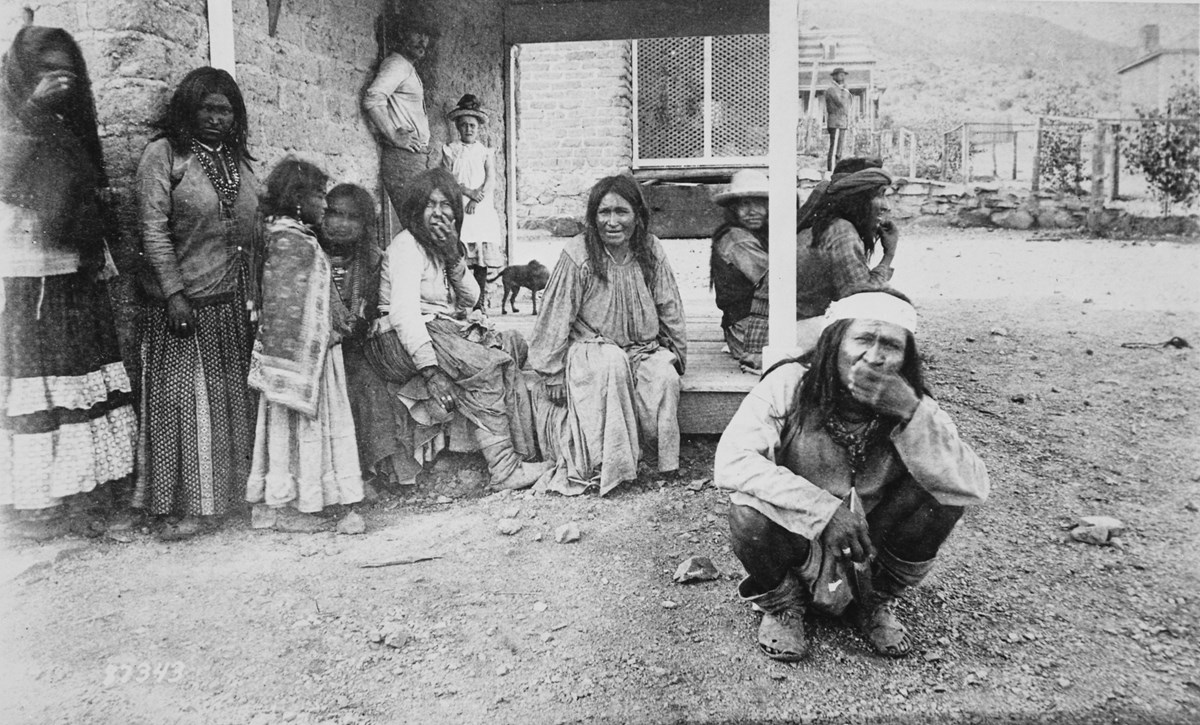 Chiricahua Apache were held as prisoners-of-war at Fort Bowie, before being transported to Florida. Source: Public Domain/National Archives, Department of Defense.

When the sun goes down into the plain of the earth
where the Meskal Mountains lay their heads out
into the rays of the rising sun
A spruce appeared: here it is next to me.

The Apache are a group of culturally related Native American tribes in the Southwestern United States, which include the Chiricahua, Jicarilla, Lipan, Mescalero, Salinero, Plains and Western Apache. Distant cousins of the Apache are the Navajo, with which they share the Southern Athabaskan languages. There are Apache communities in Oklahoma, Texas, and reservations in Arizona and New Mexico. Apache people have moved throughout the United States and elsewhere, including urban centers. The Apache Nations are politically autonomous, speak several different languages and have distinct cultures.