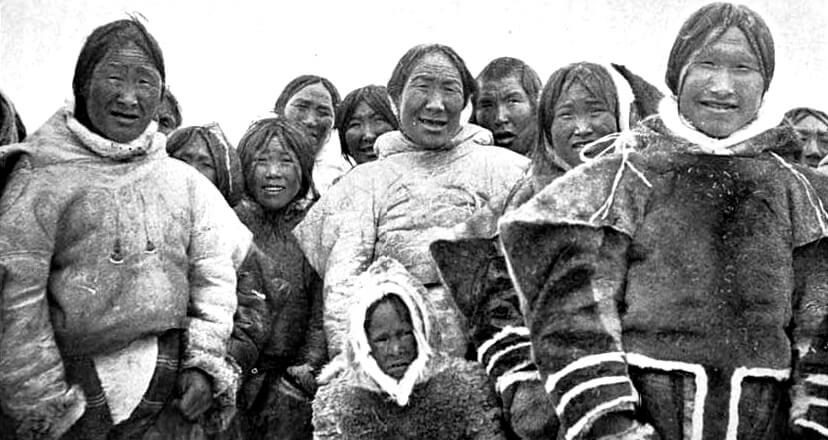 the inuit in alaska. author: unknown.

When we finally die,
we know so little about what happens later.
But people who dream
They often see the dead as they appear
as they were in life.
And that is why we believe that life does not end here on earth.

We have heard of three places where people go after death:
There is a Heavenly Earth, a blessed place
where there is no sadness and fear.
There were the brave who went there
and they came back to tell us about it:
They see people with shovels, happy people
people of laughter and pleasure.
What we see from there are stars like
windows on houses in the villages of the dead
in Heavenly Earth.

There are other underworlds of the dead:
a little deeper there is an area similar to the terrestrial one
with the difference that we are starving on earth
while they are living in abundance there.
Kraip pastures with innumerable herds
and endless plains
with juicy berries tasty to eat.

Everything down there
is happiness and pleasure for the dead.
But there is another place, the land of Jada,
just below the surface of the land we are stepping on.
That's where all the lazy, all the feeble hunters go
and all women who reject tattooing
not wanting to worry about beauty at all.
For life, they were lifeless
and so now after death they squat
heads bent, gloomy and quiet,
hungry and docile
for they have consumed their lives.
Only when a butterfly flies past them
then they lift their heads
(as a birdling opens its uselessly weak beak hunting a mosquito).
If they do get their hands on the butterflies, they will catch a dust bubble
that pops out of their dry throats.