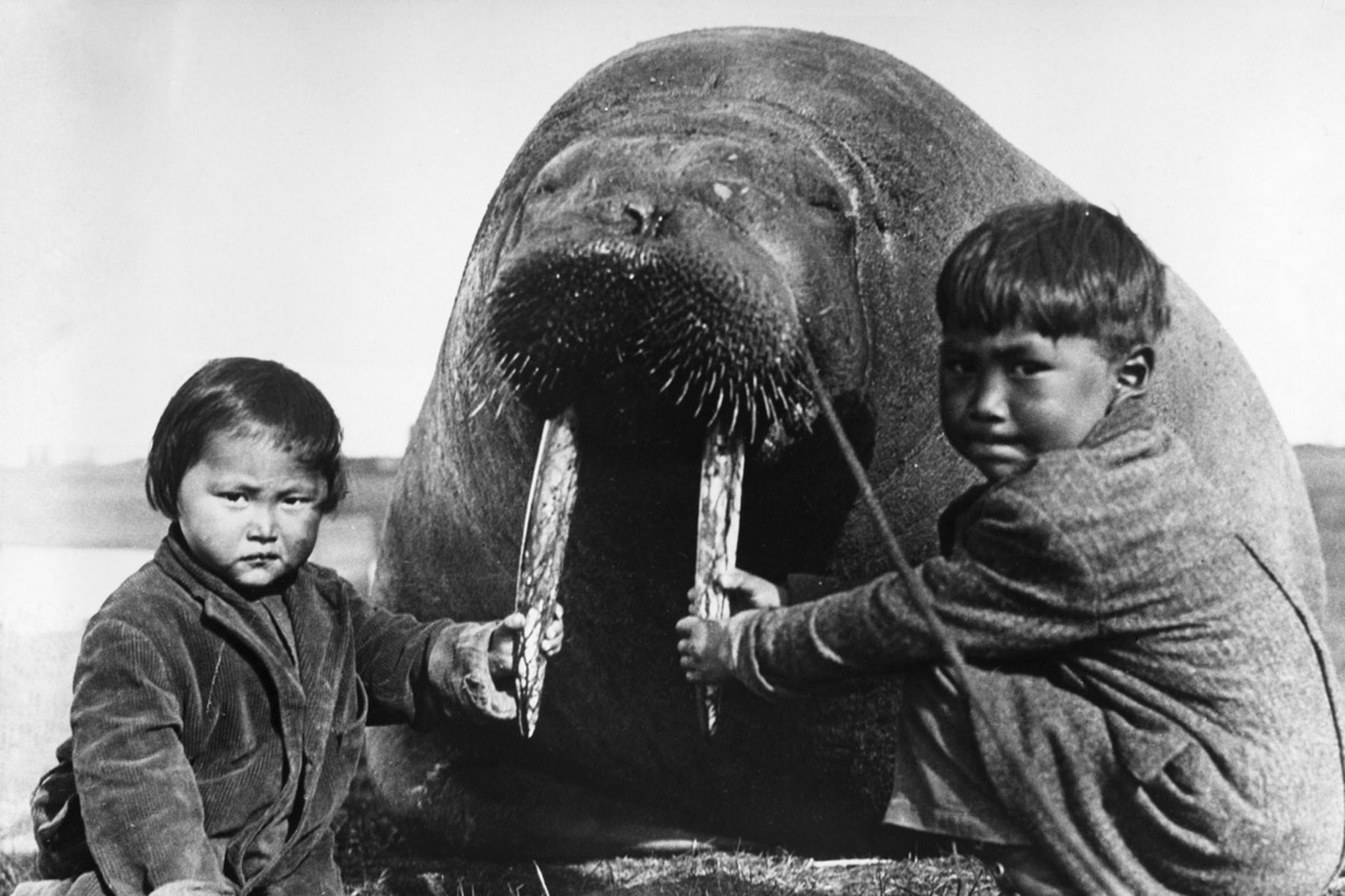 There is a tribe of invisible men
who move around us like shadows - have you felt them?
They have bodies like ours and live just like us,
using the same kind of weapons and tools
You can see their tracks in the snow sometimes
and even their igloos
but never the invisible men themselves.
They cannot be seen except when they die
for then they become visible.

It once happened that a human woman
married one of the invisible men.
He was a good husband in every way:
He went out hunting and brought her food
and they could talk together like any other couple.
But the wife could not bear the thought
That she did not know wha tthe man she married looked like.
One day when they were both at home
she was so overcome with curiosity to see him
that she stabbed with a knife where she knew he was sitting,
And her desire was fulfilled
Before her eyes a handsome young man fell to the floor.
But he was cold and dead, and too late
she realized what she had done,
and sobber her heart out.

When the invisible men heard about this murder
they came out of their igloos to take revenge.
Their bows were seen moving through the air
and the bow strings stretching as they aimed their arrows.
The humans stood there helplessly
for they had no idea what to do or how to fight
because they could not see their assailants.
But the invisible men had a code of honor
that forbade them to attack opponents
who could not defend themselves
so they did not let their arrows fly,
and nothing happened; there was no battle after all
and everyone went back to their ordinary lives.