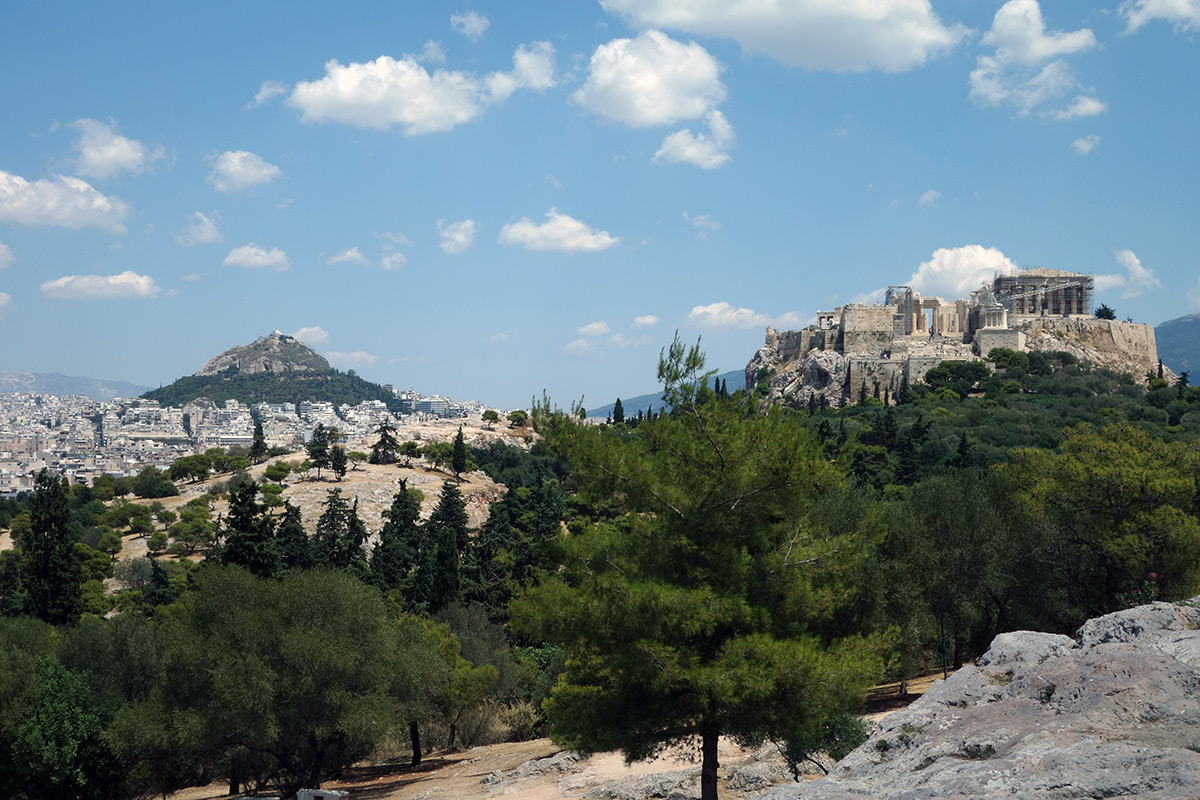 Lycabettus and the Acropolis, the view from Pnyx Hill. Photo: The Travel Club

Cities built on hills have one advantage: their vantage points let us observe vast panoramas. Deep underneath us, we can see the outlines of streets, parks, buildings and other topography otherwise imperceptible to us, and which on maps seems too distant and unreal. We bring you a guide for urban hiking from our Travel House in Athens. All of these hills are located in the center and you can reach them and climb them on foot.

Towering 300 meters above sea level, it is one of the highest Athens hills. You get a 360 degrees panorama of the Attica Basin. There's a church and a restaurant at the top, and just a little below is a little amphitheater. It is scorching hot in summer, but fortunately somebody planted an olive tree that provides a good shade. 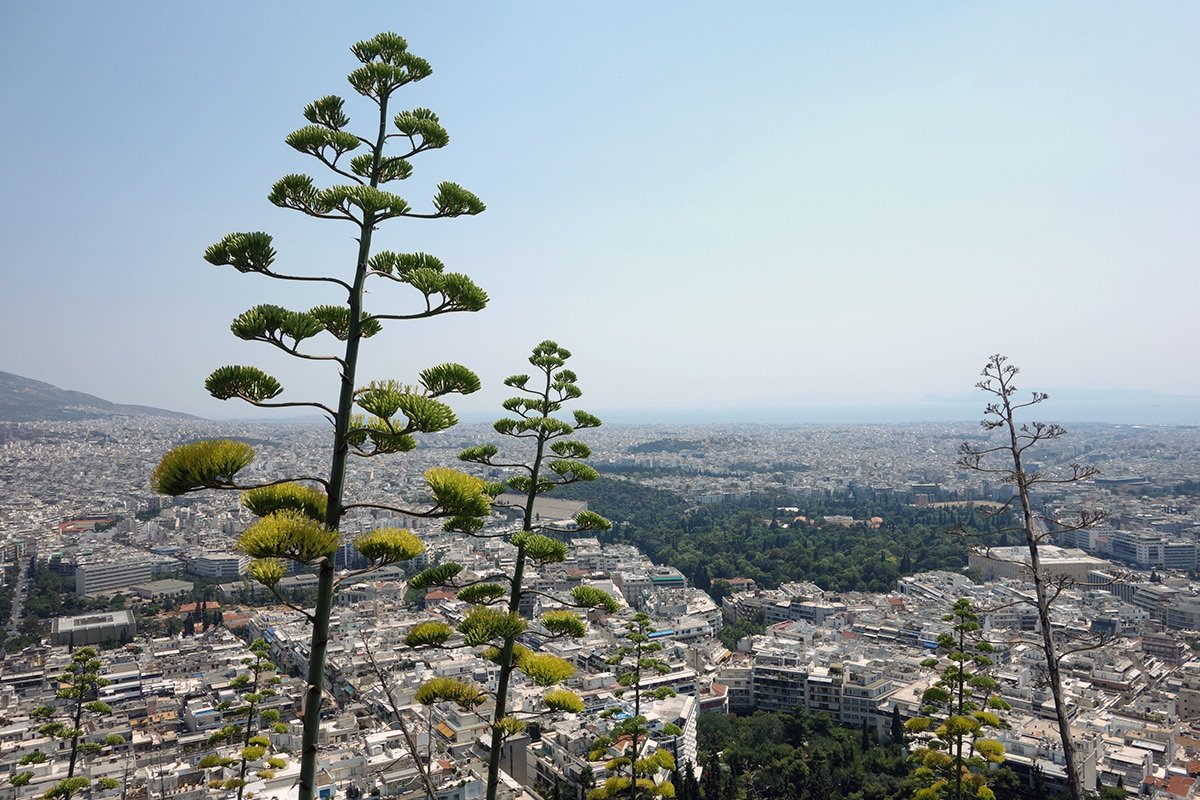 Photo: The view from Mount Lycabettus

You can take the main (asphalt) road which leads almost to the top of the hill or you can take one of the countless trails that lead through pine woods. Just keep going uphill and you can't miss it. The ascent is easier than it looks and it's about a half-an-hour hike from the foot to the summit. Bring water and some kind of head protection from the sun. We started the climb from Sarantapichou street. The nearest metro station is Panepistimio. 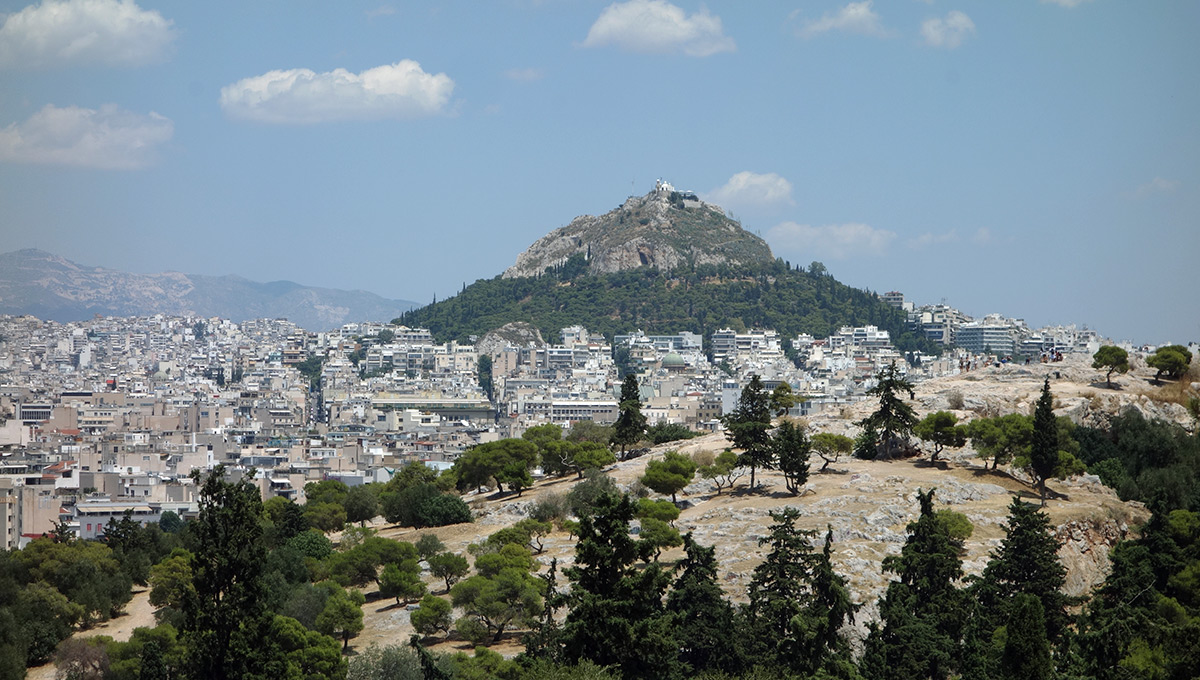 The hill on Exarcheia is named after a family that it belonged to. This hill used to be a stone quarry, but the Strefis gave it to the city mid-twentieth century. It rises some 150 meters above sea level. Unlike Lycabettus, this is a proper park with paths and benches; and, of course, a little amphithetre. It is significantly lower, but the view is equally good and some say it is even better. After you have reached the edge of the park, the highest peak will be only 15 minutes away. There are a couple of entrances to the park. From Omonia metro station, you can take either Themistokleus or Emanouil Mpenaki streets. Both lead straight to the park.

Photo: Strefi Hill, the highest point and the view on Mount Lycabettus

Areios pagos or Ares Rock is 114 meters above sea level. This is where the court used to be in ancient times. Aeropagus is right next to the Acropolis. You can take the metro to Thissio station. Then go down Apostle Paul Street all the way to the big widening and diverging. Then, go left (on the right side of the street there's a kiosk). This road leads to Acropolis. A few dozens of meters a way, you will see a huge rock with old stairs carved in stone, as well as with the new metal ones. This rock is especially bustling in the evening.

This hill is located not too far way from the Acropolis and is somewhat higher and a lot bigger than Aeropagus. Its height is 147 meters above sea level. From Thissio metro station, go down Apostle Paul Street (Apostolou Pavlou) all the way to the big widening and diverging. Turn right by the kiosk. When you get to a little church, across the road is a stone path with steps. Take that path straight to the top of the hill. There's an ancient monument dedicated to Philopappos, a prince from the Kingdom of Commagene. The monument was built in the second century A.D. at the burial place of a mystical poet Musaeus (the hill is also called Mouseion). Philoppapos Hill is huge and if you want to see all of it - including the forest park on the slopes and bottom of the hill - it will take you around two hours.

Photo: on the top of Philoppapos Hill

It is 97 metres above sea level. The directions are the same as for Philopappos Hill. But instead of turning left at the church, right after you paas it you turn right and after a few dozens of metres, you turn right again. The path leads all the way to the top. In ancient times, Athenians would gather at the top of this hill to discuss important political matters. Pnyx Hill is located exactly one kilometer from Acropolis. There's a speaker's platform with carved steps facing a big auditorium. There are unrecognizable (but marked) remains of the Altar of Zeus, a sundial and some other things. 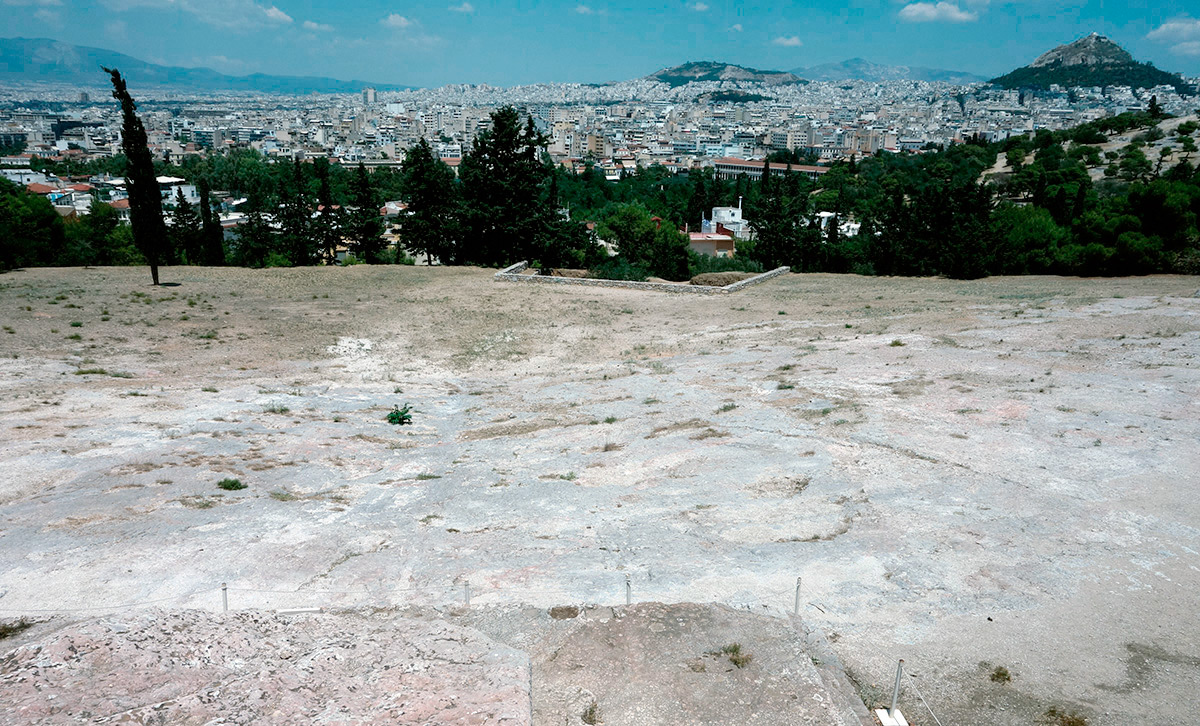 Photo: The speaker's platform on the Pnyx Hill

The most famous Athens hill. It rises 156 meters above sea level and a pass for several archeological sites costs 12 euros. Considering that the Acropolis is quite impossible to miss, we won't give any special directions on how to get there. It is located right next to Aeropagus Hill and in a vicinity of Philopappos and Pnyx. 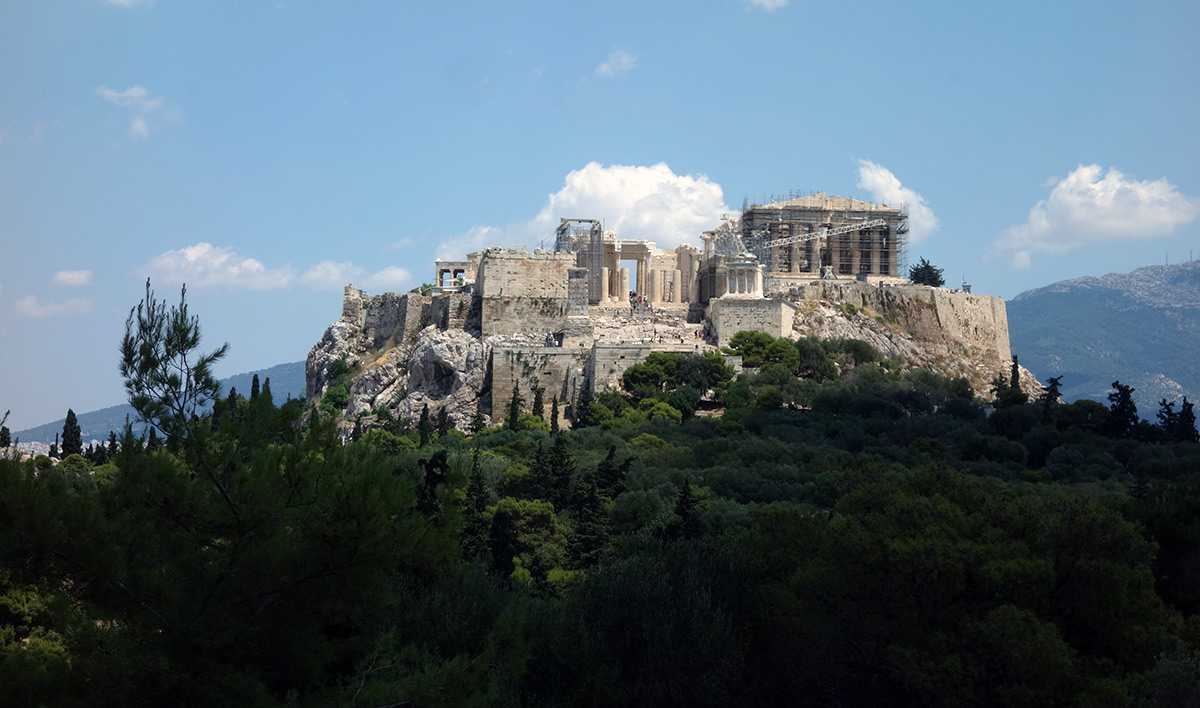 Photo: The Acropolis, the view from Pnyx