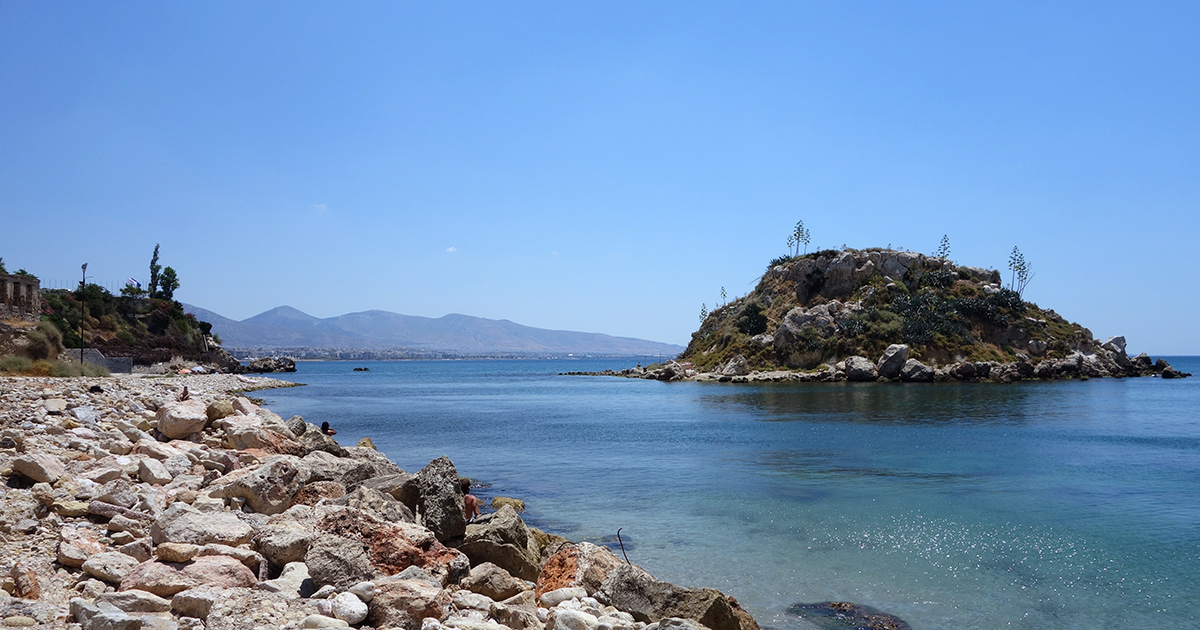 If you ask the locals to show you the way to a good beach in Athens, they will go into a tirade about the bad state of the beaches in the city, about how intolerable they are and how they wouldn’t be caught dead at any of those. After that comes a long explanation on how to get to the beach “that is not that good, but can do”, which usually means spending at least two hours on the bus in one direction. By the time they get to the half of their explanation, you will have already given up on going to the beach. But do not despair! The Travel Club brings you short and clear directions on how to get to the beach in Athens

1. Go to the metro station and take the Green Line to Faliro station. After you go out, go towards the Olympiacos stadium (you will recognize it by the red metal construction) and go down the stairs. The stadium should be on your right. Keep going straight ahead and past the run-down thread factory.

2. Go past the factory and continue down the same street until you see this:

Instead of continuing down the main road, turn left (past the blue graffiti) and go through a parking lot located under the road. Then cross both the railroad and the road using a metal overpass. That way you will get to the bus stop Afetiria Neo Faliro, which is also a bus terminus for line number 20.

In the middle of this picture you can see the metal overpass. The blue square marks the bus stop where you should catch the bus number 20.

3. You should count the bus stops and get off at the eighth one. The name is Navtikos Omilos. A couple of dozens of metres down the road is a supermarket Vasilopulos (buy some water here!). Across the road is a church. But you will only be able to see its top as it is on a lower level.

So, here you can see the church with only its roof showing. The beach and the island are behind it.

4. Cross the road towards the church. Then go a couple of meters down the street in the same direction the bus is going. After that, take a turn and go down the road which will take you to the beach. Soon afterwards, you will also see the island. 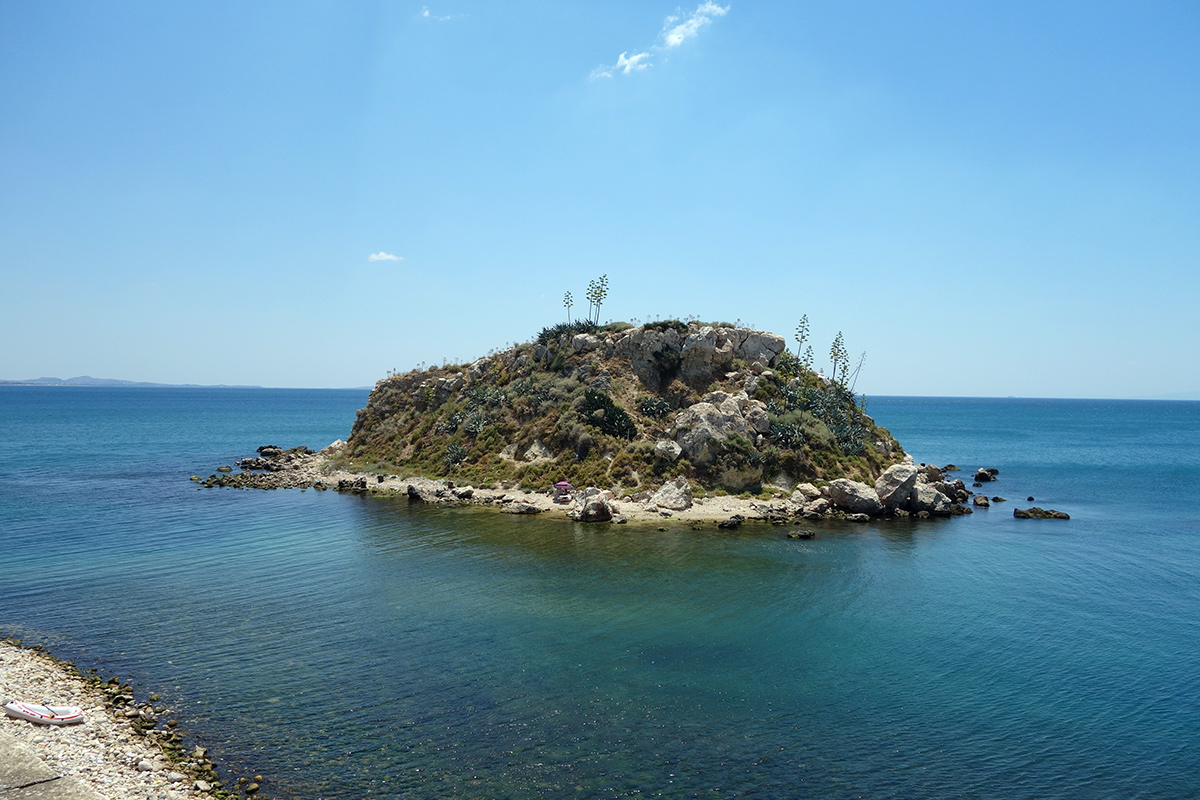 You need to walk 60-70 meters through the water to get to the island. The island itself is probably around 200 meters long.

5. There’s a shoal that leads to the island. If you can’t see it, ask somebody to show you the way. The depth of the water there is around a meter and a half. Take your sneakers off and use the laces to tie them to your bacpack. Put it all on your head and start walking. Be careful about the sea urchins. 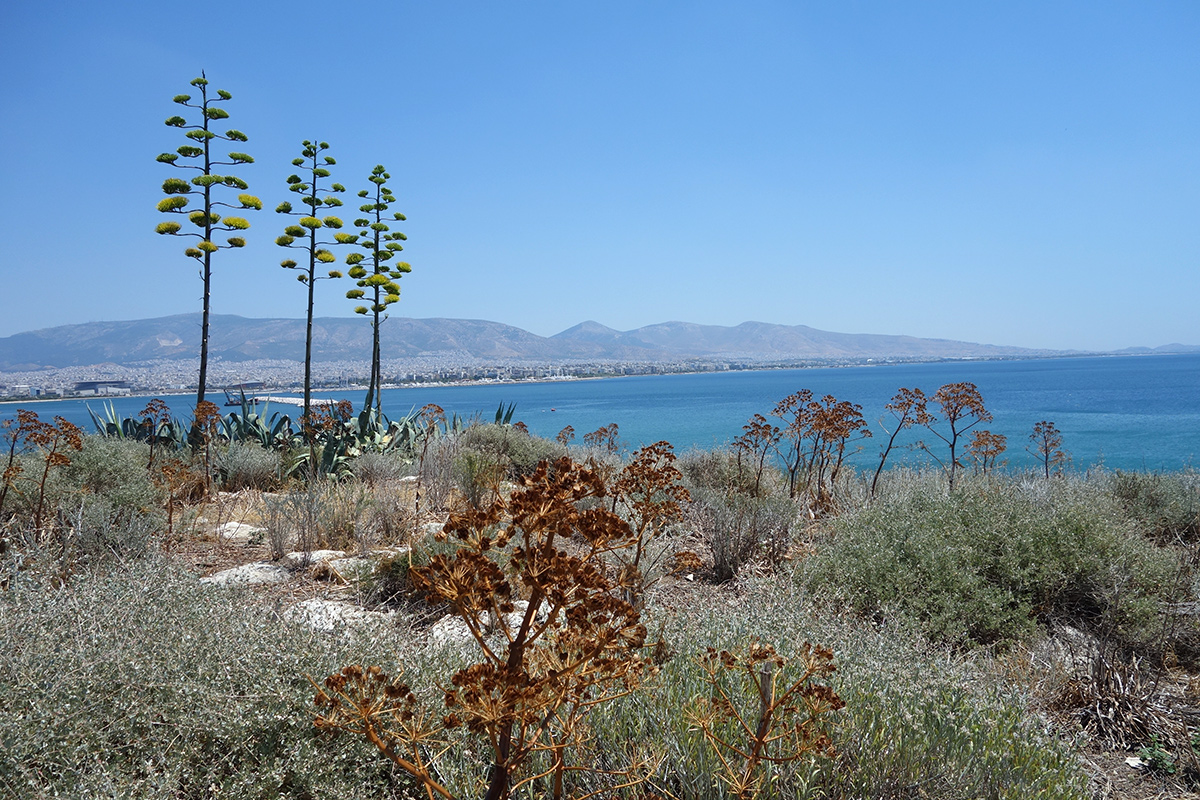 What’s on top of the island? This.

Once you get to the island, there’s a trail to your right that leads to the top of the island.

The ticket price is the same for the metro and the bus and it lasts for 70 minutes. It costs 1.2 euros. So, to get to the beach and back will cost you only 2.4 euros. 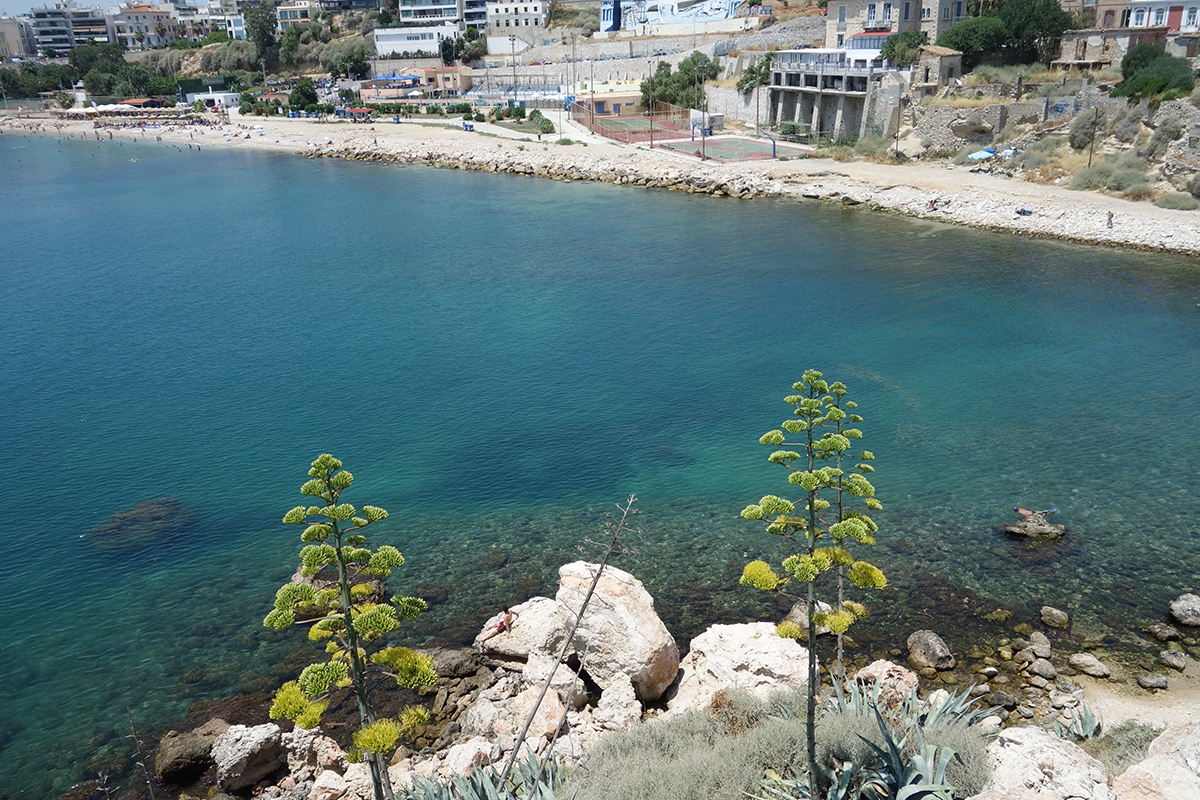 Another view from the island.

Across the island and right next to the beach, there’s a dilapidated, deserted villa which you can reach by climbing over the rocks. There’s a shade there and it looks like you might be able to put up a tent there as well. We walked around and didn’t meet anybody. The other side of the villa is facing the street, but there’s a tall wall with pieces of glass at the top and the gate is locked. 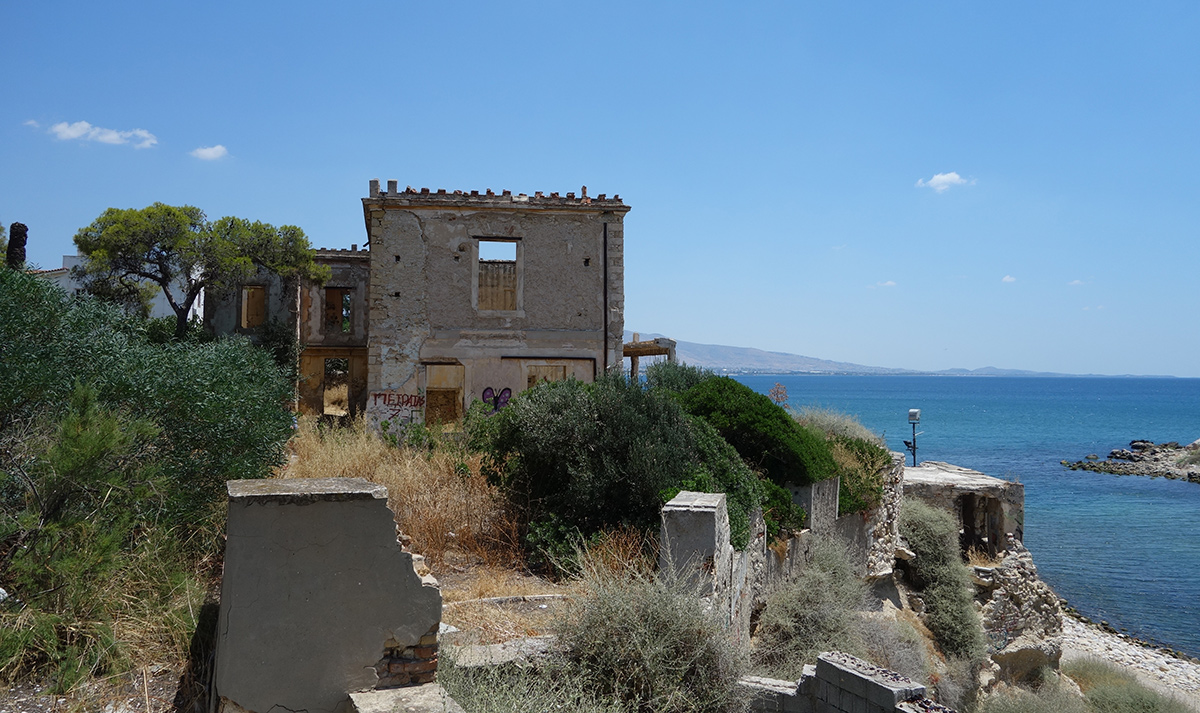 The old villa across the island.

Time needed to get to the island: One hour from the Travel House.