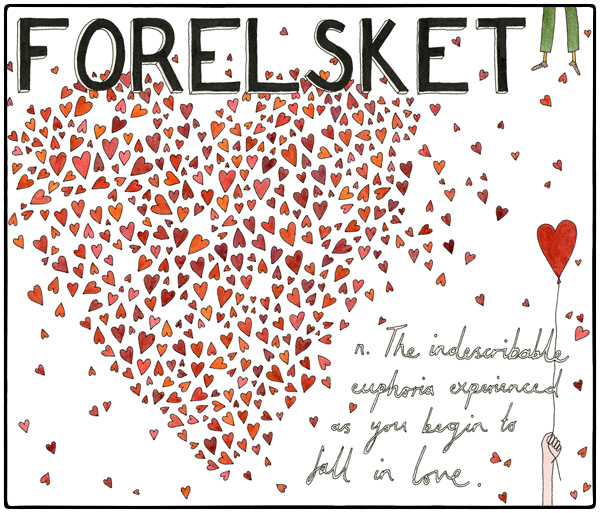 The indescribable euphoria experienced as you begin to fall in love. Norwegian, noun. 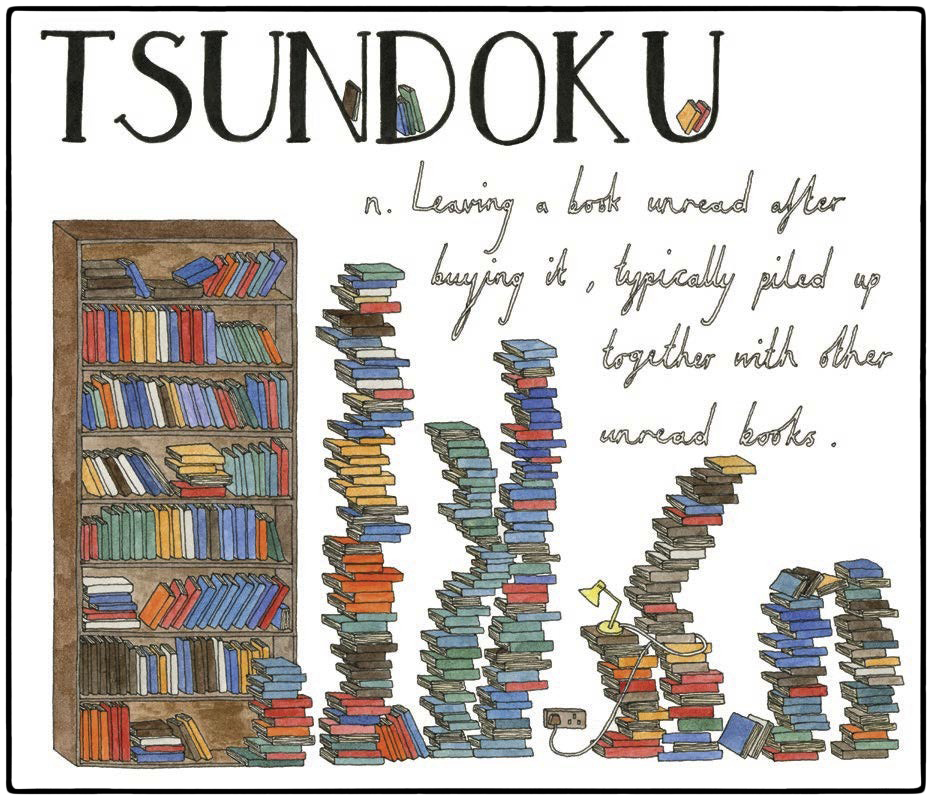 Leaving a book unread after buying it, typically piled up together with other unread books. Japanese, noun. 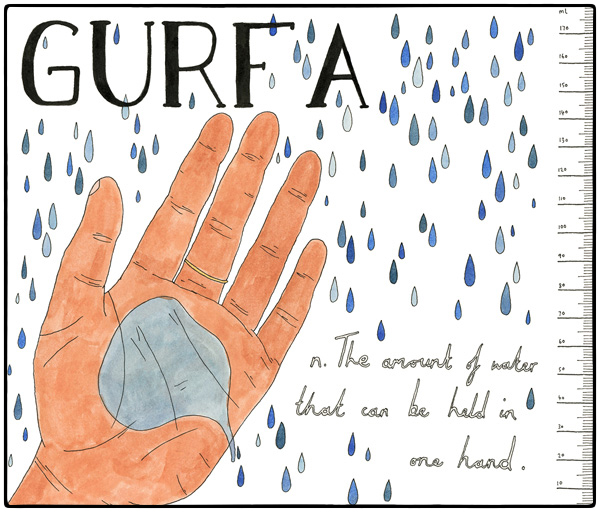 The amount of water that can be held in one hand. Arabic, noun. 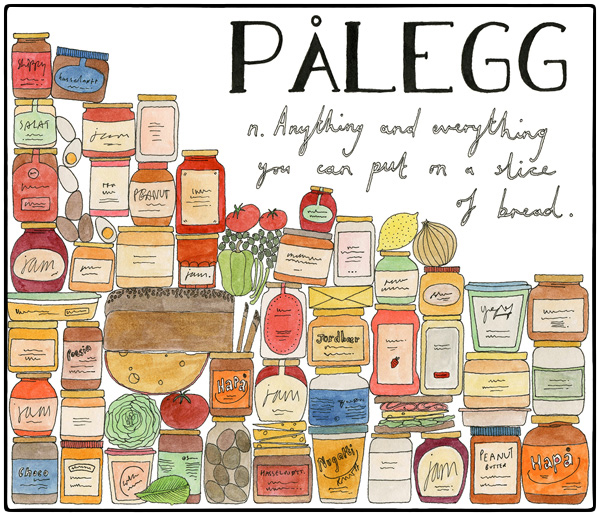 Anything and everything you can put on a slice of bread. Norwegian, noun. 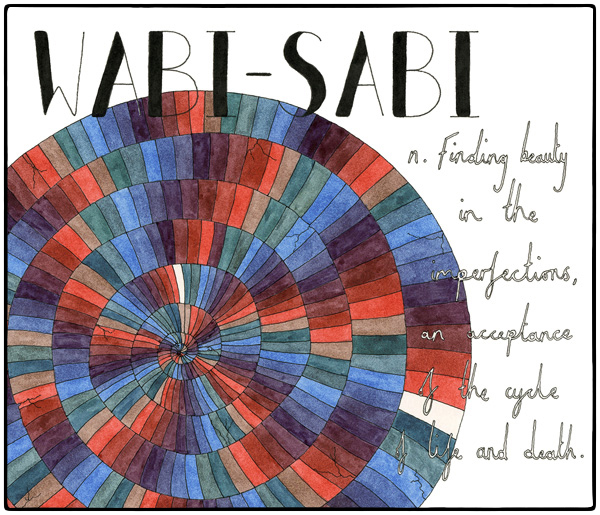 Finding beauty in the imperfections, an acceptance of the cycle of life and death. Japanese, noun. 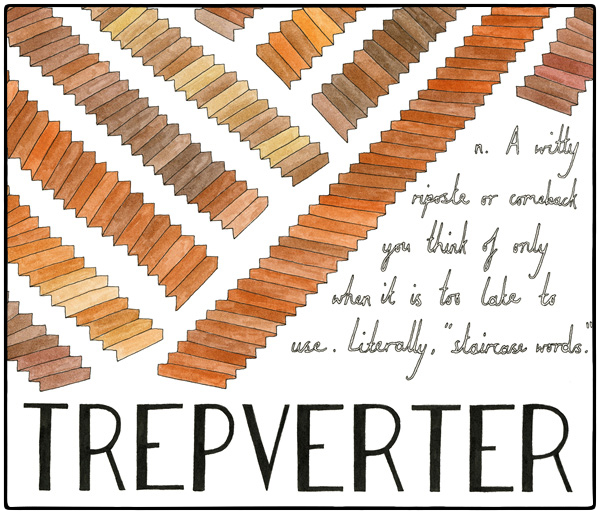 A witty riposte or comeback you think of only when it is too late to use. Literally, "staircase words". Yiddish, noun. 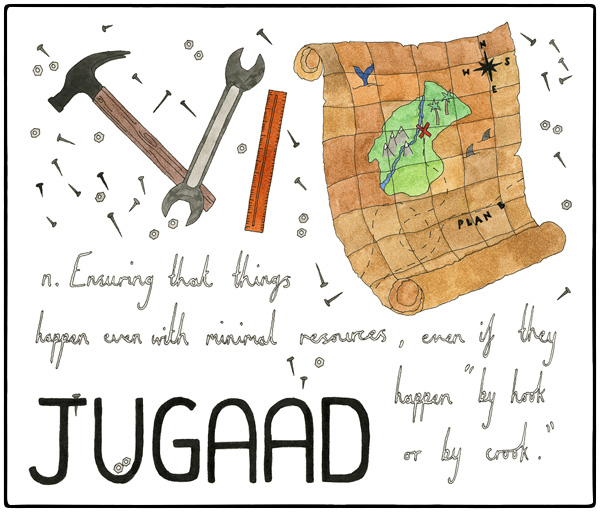 Ensuring that things happen even with minimal resources, even if they happen "by hook or by crook." Hindi, noun. 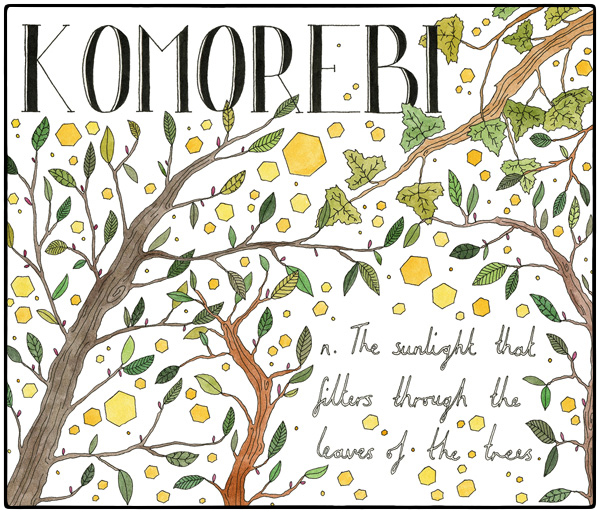 The sunlight that filters through the leaves of the trees. Japanese, noun. 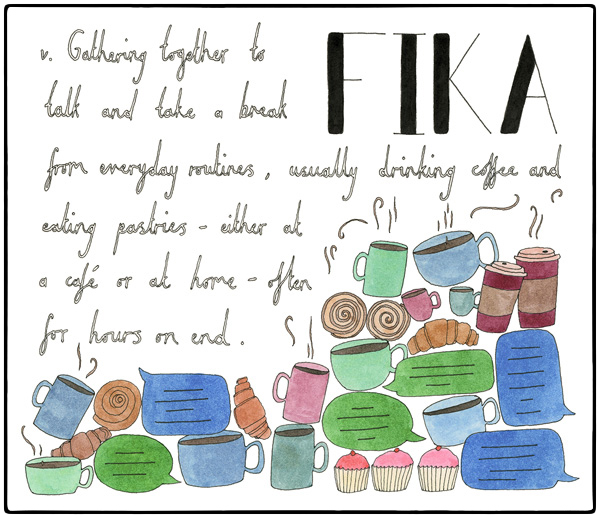 Gathering together to talk and take a break from everyday routines, usually drinking coffee and eating pastries - either at a café or at home - often for hours on end. Swedish, verb. 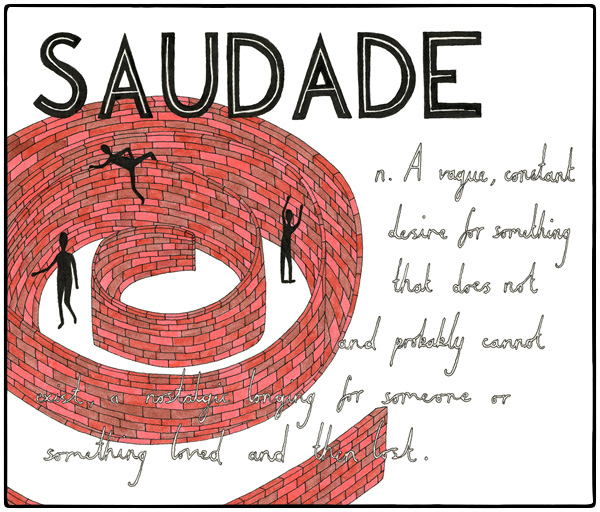 A vague, constant desire for something that does not and probably cannot exist, a nostalgic longing for someone or something loved and then lost. Portuguese, noun. 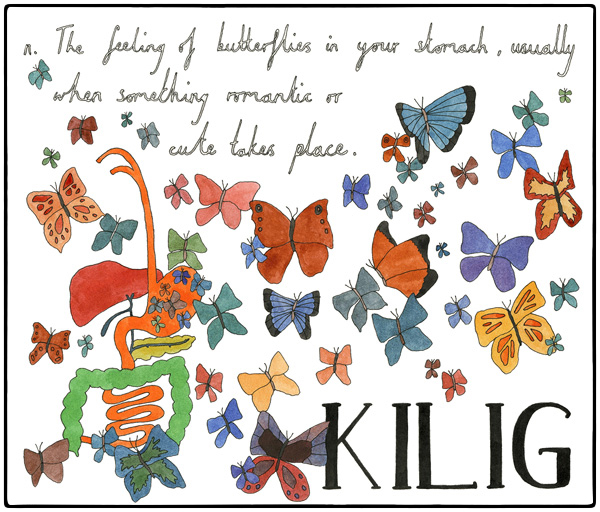 The feeling of butterflies in your stomach, usually when something romantic or cute takes place. Tagalog, noun. 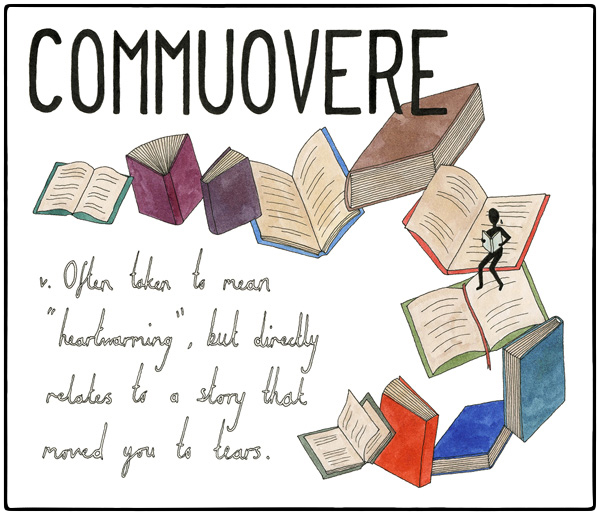 Often taken to mean "heartwarming", but directly relates to a story that moved you to tears. Italian, verb. 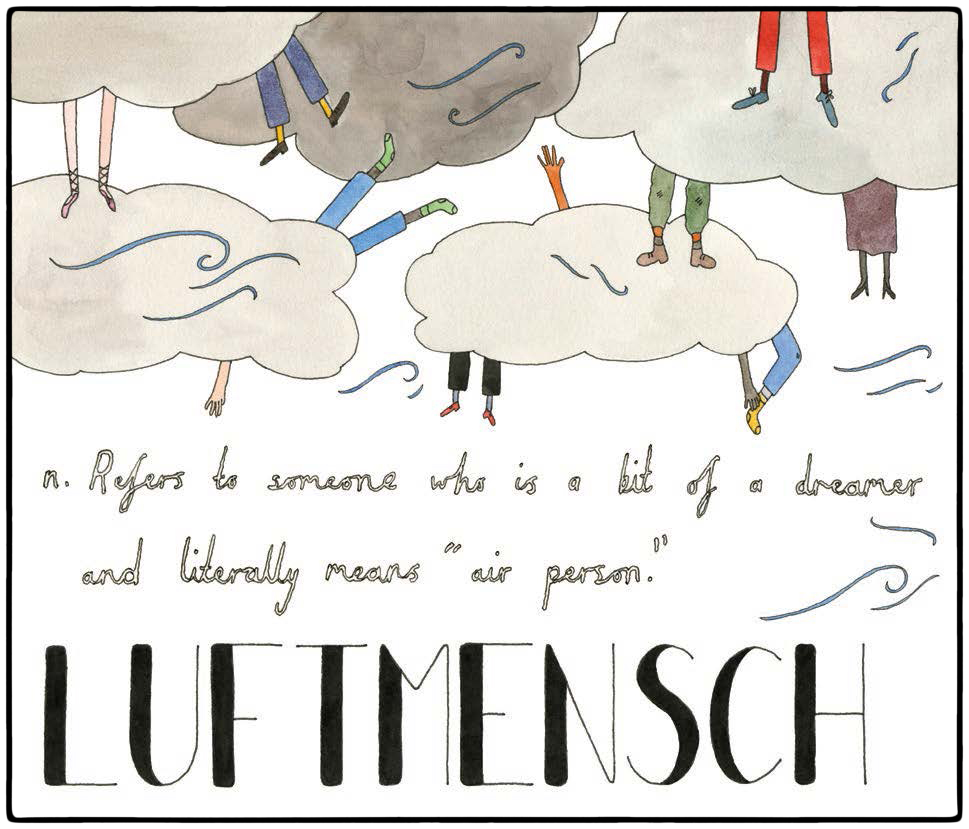 Refers to someone who is a bit of a dreamer and literally means "air person." Yiddish, noun. 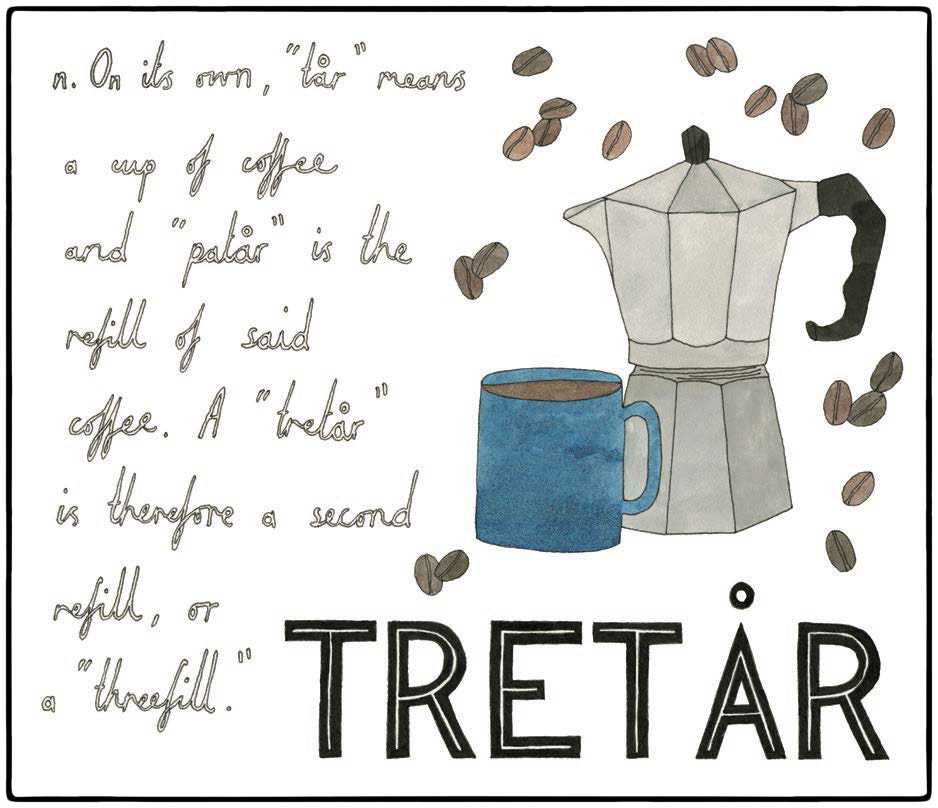 On its own, "tår" means a cup of coffee and "patår" is the refill of said coffee. A "tretår" is therefore a second refill, or "threefill." Swedish, noun.

"Words belong to each other," Virginia Woolf said in the only surviving recording of her voice, a magnificent meditation on the beauty of language. But what happens when words are kept apart by too much unbridgeable otherness? "Barring downright deceivers, mild imbeciles and impotent poets, there exist, roughly speaking, three types of translators," Vladimir Nabokov opened his strongly worded opinion on translation. Indeed, this immeasurably complex yet vastly underappreciated art of multilingual gymnastics, which helps words belong to each other and can reveal volumes about the human condition, is often best illuminated through the negative space around it — those foreign words so rich and layered in meaning that the English language, despite its own unusual vocabulary, renders them practically untranslatable.

Such beautifully elusive words is what writer and illustrator Ella Frances Sanders, a self-described "intentional" global nomad, explores in Lost in Translation: An Illustrated Compendium of Untranslatable Words from Around the World, published shortly before Sanders turned twenty-one.

The article originally published on brainpickings.org.